Animal conservation should protect animals not kill them 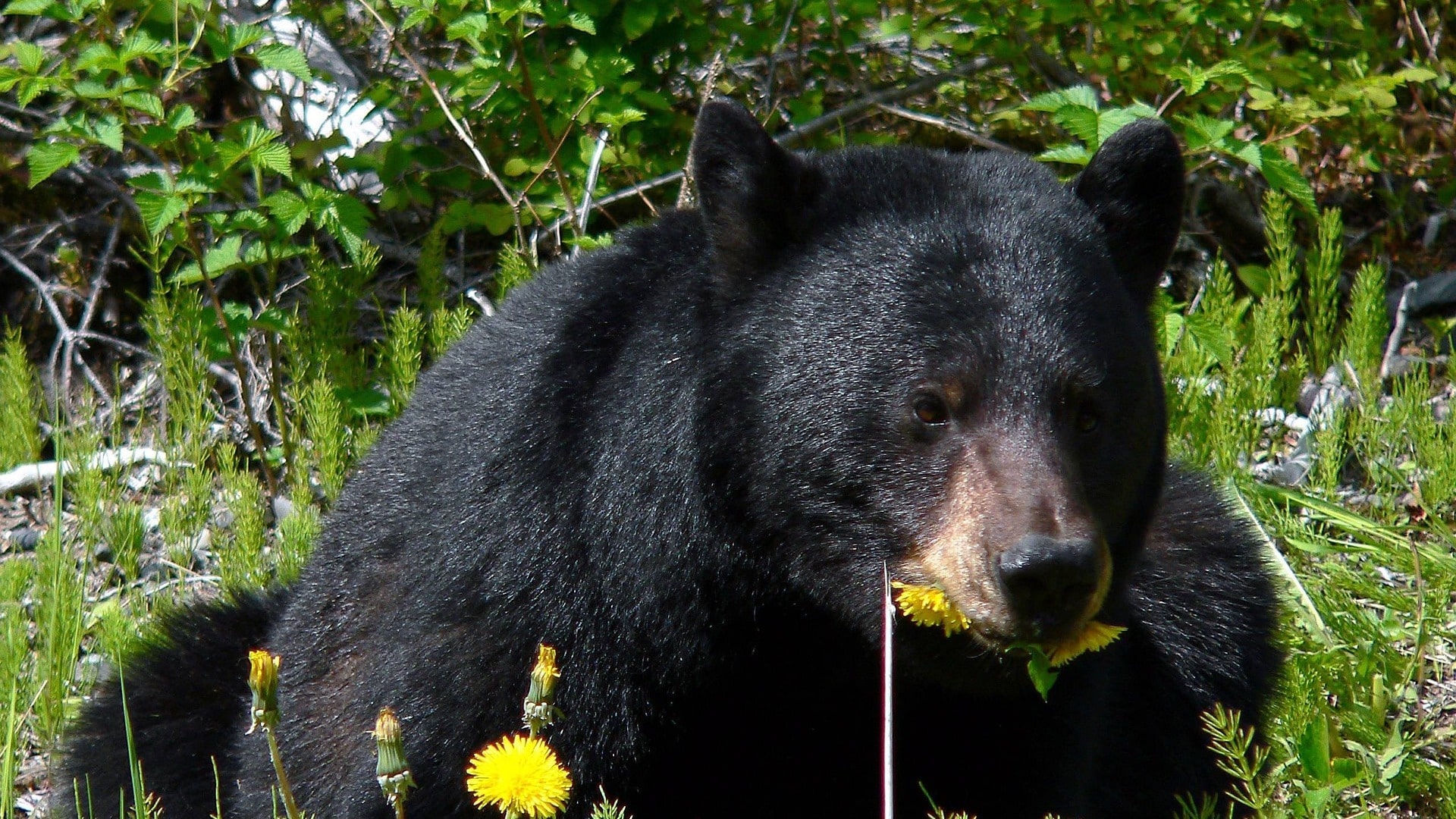 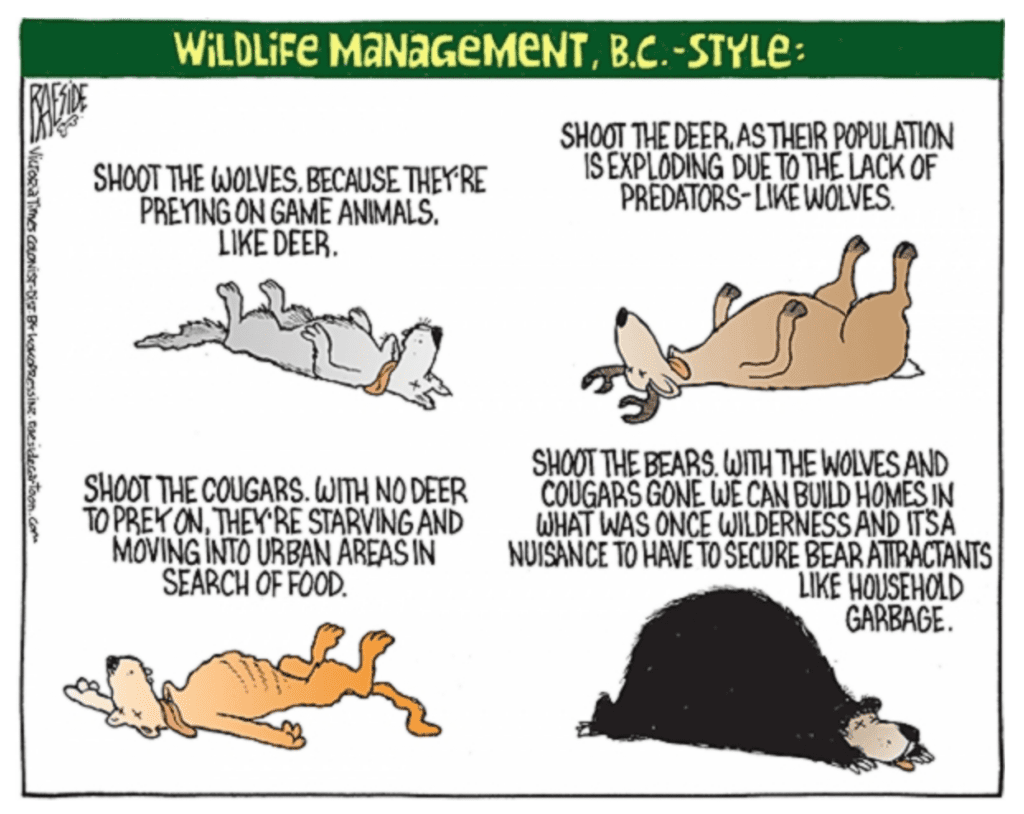 Cartoon used with the permission of Raeside.

The wildlife act should protect animals in British Columbia. Far too often incidents involving the conservation service end with the death of animals. For example many incidents we hear about involving bears could have been avoided all together if there was a much greater focus on preventing human/animal interactions by enforcing wildlife laws that require humans to contain and secure attractants.

Bears are always searching for food sources to fatten them up for winter hibernation. As a result they have a powerful memory of where they found food in the past and are vulnerable to quickly becoming habituated to food sources that humans leave unguarded – including our gardens, orchards and garbage.

Knowing this we have written laws requiring gardens and orchards to be fenced and garbage cans to be locked. With the rise of social media and the thought that capturing an image of an animal in close proximity could go viral, the bears need the conservation service more now than ever to enforce the laws against humans intentionally baiting wild animals.

This month we have seen a couple of examples of bear baiting and it’s the bears who are paying the price. First Global TV reported that a black bear was baited in the lower mainland and then again just few days ago we learned of another bear potentially facing similar treatment at Botanical Beach in Juan de Fuca.

The provincial conservation service caught and euthanized the bear in the lower mainland, while at Botanical Beach they have set a trap to capture the bear that’s lived and foraged in the area for some time. Let’s hope the public attention on this story spares the bear on the beach from meeting a similar demise as the one in Vancouver.

The wildlife act has provisions that require humans to reduce animal attractants such as gardens, fruit trees and garbage cans. What is tragic is that the conservation service is not enforcing those laws and animals such as bears are deemed to be nuisances and threats – even in their natural environment. All to often they are captured and killed.

I have heard the heartbreak of many British Columbians regarding animal welfare in our province. They have expressed their deep frustration to me that their pleas for action have been ignored by MLA’s, the Ministry of Environment and the conservation service for years.

Frankly, British Columbians across the province are exhausted in their effort to draw attention to this awful situation. We need the leadership of the provincial government to change the approach of the conservation service to ensure they are enforcing laws that protect animals from human behaviour, and that animals are not dying while under the care of the service that is supposed to protect them.

Image by skeeze from Pixabay

← The ongoing tragedy of the disappearing salmon Column: Ferries are our marine highway, a provincial concern →