The ongoing tragedy of the disappearing salmon 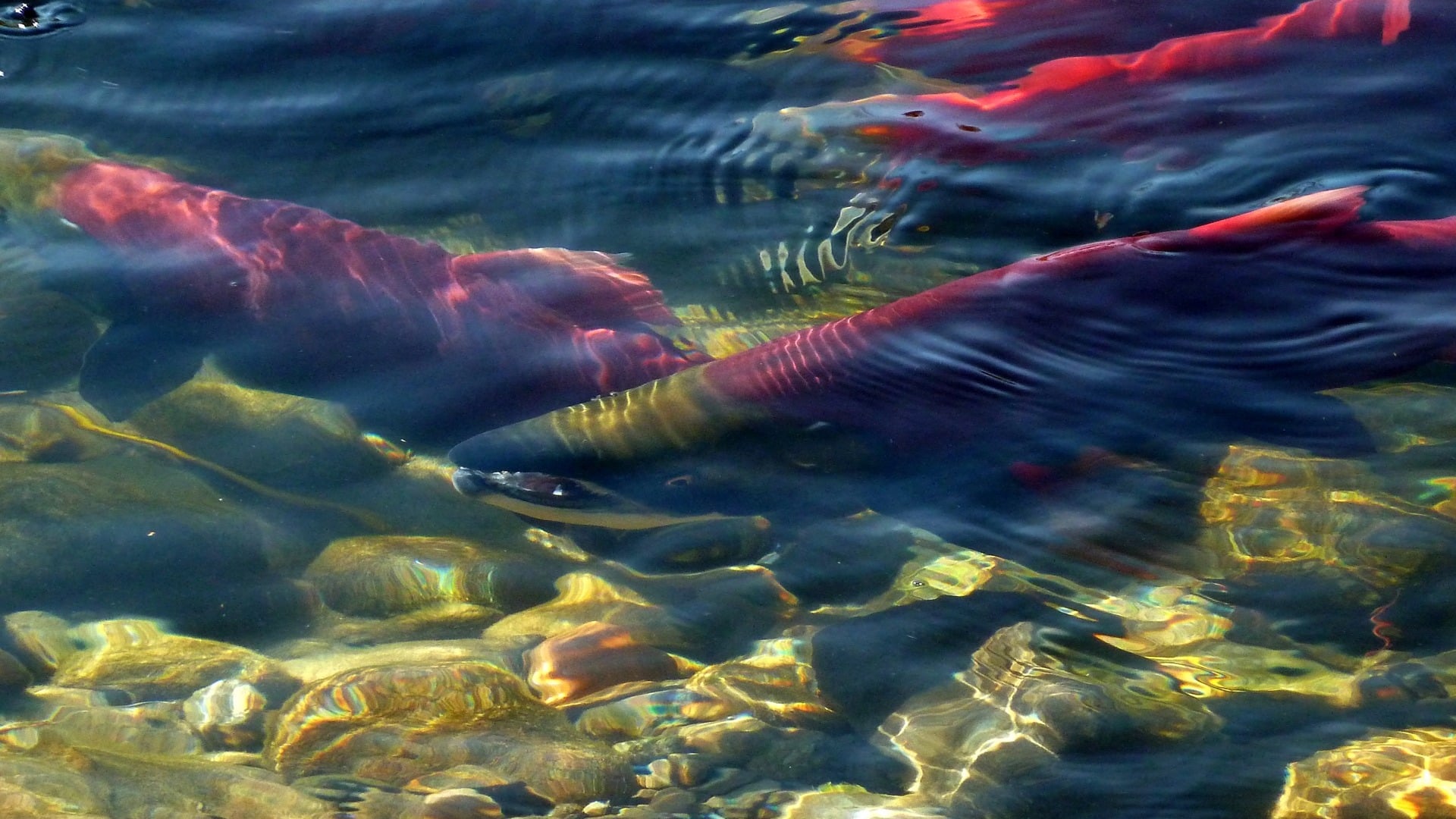 If you have been following my blog then you might feel this post is just recycling old content. Unfortunately, I am not. The bad news for the wild Pacific salmon is getting worse.

This week a CBC reporter asked me to respond to the fact that the Pacific Salmon Commission has downgraded the 2020 Fraser River sockeye salmon forecast from 941,000 to 283,000 fish.

It has been awhile since I have spoken about salmon, however I am no less passionate about the issue. This news is extremely distressing. These are the lowest numbers since they started forecasting the returns a century ago.

I have spent a lot of time on salmon policy in my work as an MLA. I’m thrilled that a result of the many questions that my B.C. Green Caucus colleagues and I asked about wild Pacific salmon, the provincial government made it a high priority and partnered with the federal government to deliver the $142 million Salmon Restoration and Innovation Fund.

Despite the positive steps, the situation facing the Pacific salmon is desperate.

Wild Pacific salmon are an iconic species in British Columbia. They nourish the flora and fauna in all corners of our province and have been a critical resource for Indigenous people since time immemorial. Commercial fishing is celebrated as one of the four founding industries of our province, however in my lifetime it has all but entirely collapsed.

With the recent reality it’s hard to believe the stories of our elders when they tell us of the days not long ago when the mighty Fraser River and south Salish Sea bubbled with sockeye preparing to make their epic run back to their spawning grounds deep in the heart of our province.

While I focussed primarily on the most direct provincial responsibilities of ecosystem management, I must speak sharply at how deeply frustrated I am with our federal government, and their Department of Fisheries and Oceans (DFO). I must be direct in sharing my feelings about how they have mismanaged salmon populations to near zero, while they play political games instead of delivering the Pacific coast an urgent policy response.

The most recent federal election is an example. In early October 2019 the Federal Liberals promised to phase out open net fish farms on the British Columbia coast by 2025. It was a very popular announcement on the west coast and Liberal candidates used this promise to leverage support for their election to government.

However, once the dust had settled on the election, Prime Minister Justin Trudeau’s government began to back track. First, Trudeau replaced North Vancouver MP Jonathan Wilkinson as the Minister responsible for the DFO with east coast MP Bernadette Jordan. This move was a slight to the incredibly challenging issues we face on the west coast. In February 2020, Jordan’s office began softening the language on the fish farms promise by reframing it as a commitment to create a transition plan by 2025.

I will continue to push the provincial government to invest in ecosystem health and to create policy that considers the health and wellbeing of the wild Pacific salmon.

That said, the challenges with sea lice from open-net pen fish farms in the Tofino area and the Discovery Islands near Campbell River continue to be a problem for juvenile salmon that requires direct action from the federal government.

If Fisheries Minister Jordan can hear us from her office in Atlantic Canada then they must know we are demanding action!

With Fraser River salmon stocks collapsing due to a variety of issues, including many human caused, the time for empty promises is over, and the time for action is now.

Minister Jordan must act on the 75 recommendations from the Cohen Commission of Inquiry into the Decline of Sockeye Salmon in the Fraser River that was published in 2012.

If at any time between now and September 30, 2020, the Minister of Fisheries and Oceans determines that net-pen salmon farms in the Discovery Islands (fish health sub-zone 3-2) pose more than a minimal risk of serious harm to the health of migrating Fraser River sockeye salmon, he or she should promptly order that those salmon farms cease operations.

On September 30, 2020, the Minister of Fisheries and Oceans should prohibit net-pen salmon farming in the Discovery Islands (fish health sub-zone 3-2) unless he or she is satisfied that such farms pose at most a minimal risk of serious harm to the health of migrating Fraser River sockeye salmon. The Minister’s decision should summarize the information relied on and include detailed reasons. The decision should be published on the Department of Fisheries and Oceans’ website.

As is noted in the September 2019 update on Cohen’s recommendations,

R18: This recommendation has been implemented. Scientific research is being conducted and a disease risk assessment process is underway and will be completed by 2020. If scientific research indicates that net-pen salmon farms in the Discovery Islands pose more than a minimal risk of serious harm to the health of migrating Fraser River sockeye salmon, salmon farms in the Discovery Islands will be required to cease operations.

The September 30, 2020 deadline for these recommendations is quickly approaching. The focus is now on the decision directly in front of Minister Jordan and there is no time for delay. She must make the results of the scientific research public as soon as possible. If they align with the reports in the media then she must enact recommendation 19 and immediately remove open net pen fish farms from the Discovery Islands!

This will only be an initial step that must be quickly followed by a comprehensive plan to restore wild Pacific salmon, a keystone species that nourish British Columbia.

Image by ArtTower from Pixabay

← If BC faces a second wave of COVID-19, what will this government do differently? Animal conservation should protect animals not kill them →