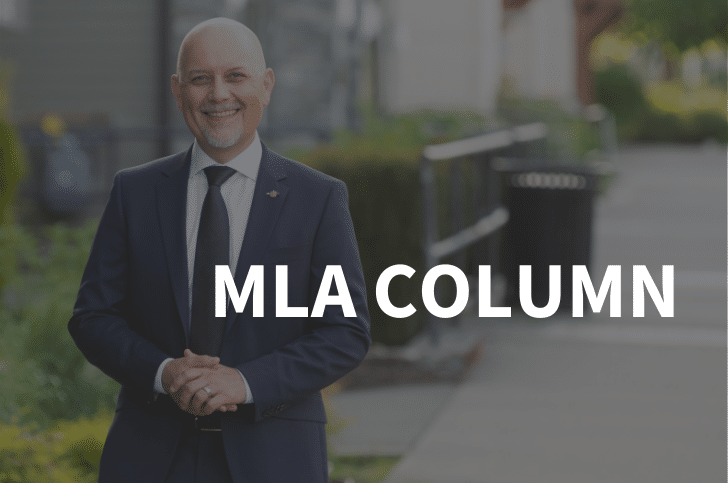 Written for Daily Hive Urbanized by Adam Olsen (SȾHENEP) Member of the Legislative Assembly of British Columbia for Saanich North and the Islands (BC Green Caucus) and member of Tsartlip First Nation.

Few British Columbians have responded positively to Premier John Horgan’s $800 million new home for the Royal BC Museum (RBCM). It’s a difficult time to accept it as a good way to spend tax dollars as our universal public healthcare system crumbles.

But that’s not how we are supposed to feel about museums. Many of us, including me, have fond memories of visiting the RBCM and other museums across the province with school trips, with parents or grandparents to engage the snapshots of our past.

The announcement was proposed as an act of reconciliation. Is it? Or is it the status quo masquerading as reconciliation? A decade ago, I traveled to the Chicago Field Museum with my mother and sister to visit woven items from the Pacific Northwest displayed at the 1893 Chicago World Fair. This trip changed my perspective on museums. The curator guided us into the basement, and we began looking through endless banks of cabinets storing their collections. Two items highlighted the problem with the storytelling in museums. Specifically, how museums treat Indigenous People and culture.

The first was an immaculately crafted fishing net. The fine string, fabricated from cedar and willow bark, twisted into precisely uniform half inch mesh squares beautifully captured the skillful manufacturing of my W̱SÁNEĆ ancestors.

The second item was a cod lure. A propeller with a ball nose and 18” long, angled fins. Pushed down into the water with a long pole then released, the propeller spins to the surface, followed by the cod, where attentive fishers await. A fine example of Salish ingenuity, design, and engineering.

Thousands of items like this are hidden away in the basement, while a museum curator decides how they fit into the colonial Indigenous narrative displayed in the gallery.Museums treat items of deep cultural significance to Indigenous People as artifacts of the past, and those who protect the collections lack the understanding of their contemporary cultural significance.

Imagine instead if our children had the opportunity to engage their ancestors as engineers, designers, scientists, and technologists? What would happen to the narrative of colonial domination if we understood Indigenous cultures as advanced civilizations?

Premier Horgan’s announcement about the RBCM brought me to tears multiple times. It hit a sadness deep inside me, activated by the announcement of his legacy monument. It’s a subtle, powerful act of aggression to assert dominance, wrapped in the rhetoric of reconciliation, that unfortunately most of the public won’t understand or feel. It breaks my heart.

As łučinƛcuta, (Mariah Charlson, Vice-President of the Nuu-chah-nulth Tribal Council) tweeted.
“I wonder how many of these stolen items could be repatriated to the appropriate owners with that amount of money? Just wondering…”

I wonder how many of these stolen items could be repatriated to the appropriate owners with that amount of money? Just wondering… #bcpoli https://t.co/R57tBFcvbB

For context Premier Horgan is spending $800 million to store and display collections of Indigenous sacred items. In 2020, the BC NDP announced $500,000, distributed in $30,000 grants, to support Indigenous People repatriating their items back to the community.

Premier Horgan is spending a billion dollars to store Indigenous technology, ingenuity, engineering, design, and sustainable resource development in the darkness of a museum basement or warehouse. He has never offered enough resources for Indigenous People to bring them home.

As this BC NDP moves quickly to demolish the RBCM and start the design and construction of a new museum, it is clear the focus is less on reconciliation and more about spending money, creating construction jobs and a giant tourist attraction. Meanwhile, the so-called act of reconciliation proves to be little more than political cover.

← Ministerial Statement: Marking one year since confirmation of unmarked graves at Kamloops Update: Week 11 - 3rd Session, 42nd Parliament →
Manage Cookie Consent
To provide the best experiences, we use technologies like cookies to store and/or access device information. Consenting to these technologies will allow us to process data such as browsing behaviour or unique IDs on this site. Not consenting or withdrawing consent, may adversely affect certain features and functions.
Manage options Manage services Manage vendors Read more about these purposes
View preferences
{title} {title} {title}