We need courage and conviction to address climate emergency! 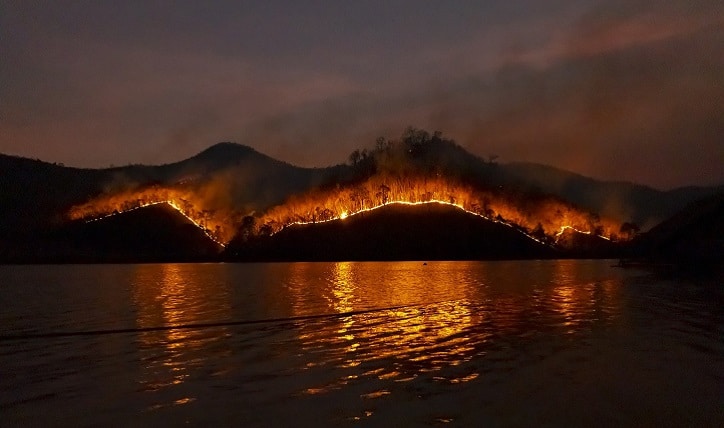 With the sixth assessment report of the Intergovernmental Panel on Climate Change released yesterday, BC NDP MLAs are seemingly all too happy to tweet reassurances that they take climate action seriously by rattling off the pre-approved talking points delivered from Premier John Horgan’s office.

While the MLAs may take comfort in the series of half-measures they are offered, their constituents are facing an entirely different reality. The impacts of climate change are devastating.

Having yet to identify the sources of all the emissions we need to cut in order to meet our legislated commitments, and noting the government’s own 2020 annual report for Clean BC showed they are headed in the wrong direction, the BC NDP use Clean BC as cover so they can continue to expand and subsidize the fossil fuel industry.

We need the members of our government to find the courage to make the difficult decisions that will lead us through this crisis. They claim they are listening, however what we need them to do is act!

I remember when those same talking points were used to try to convince the BC Green Caucus that BC could have a serious climate plan and an LNG/fracking industry. I still face those ridiculous arguments on the CBC Early Edition Political Panel, where Moe Sihota, the BC NDP representative on the panel, is also a registered lobbyist for the LNG and wood pellet industries.

The BC NDP are simply not up for task. They have yet to demonstrate that they have the conviction we need to lead us through this emergency.

My colleague Sonia Furstenau and I will continue to advocate for them to find that conviction.

As a starting point, the BC Green Caucus is calling on the BC NDP government to immediately release an ambitious plan, with the funding to back it up, to meet or exceed our targets.

They must also immediately end subsidies to the oil and gas industry, reform forest practices and stop logging old growth so that our forests are no longer net emitters, take meaningful action to protect habitat and biodiversity, invest in a just transition, and make community climate resiliency a priority.

To be clear, this is just the starting point.

This morning I received the following text message from one of my contacts.

“Adam: Hope you and Emily and family are keeping cool and having a good summer. I am writing to you and realize I am not a constituent of yours but as a friend. We are very frustrated and concerned about what is happing to our climate and lack of political action. It seems that with the NDP getting a majority they have become arrogant and lack action. I refer to our Premier as dithering John Horgan. Is he that indecisive? Old growth forests should be completely protected and clear cut logging terminated. I am sure as a Green MLA, you must be totally frustrated as well. Writing and emailing Horgan goes nowhere. Given yesterday’s IPCC report can you tell me what you and Sonia’s thoughts are and what action we can take?”

This is a similar sentiment that I hear daily from British Columbians from across the province. Citizens of BC NDP ridings are reaching out to my office sharing frustration because they did not get a response to their messages, or the response they received was far from acceptable in their opinion.

Please do not be discouraged. Please continue to contact the Premier’s office, Cabinet Ministers and all the BC NDP MLAs. While they may not respond, they do get your emails, and an important way to maintain pressure on your government is by demanding that they demonstrate the courage and conviction we need from our leaders in the face of a crisis.

← This conflict is about the land and it always has been! BC Today: Critics skeptical of proposed forestry reform →