This conflict is about the land and it always has been! 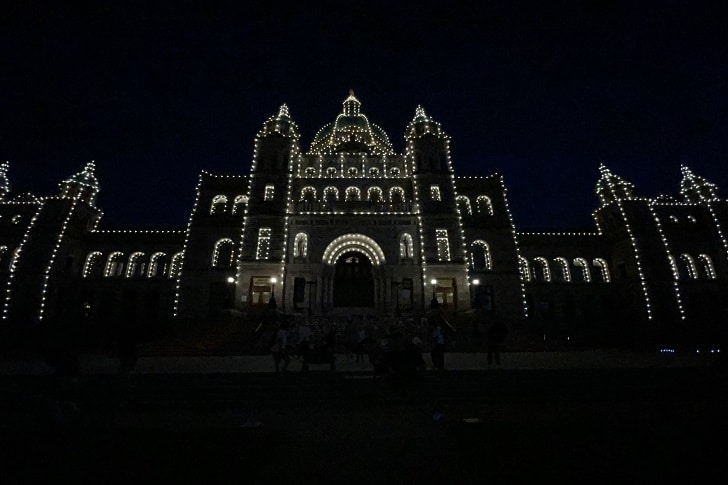 The conflict between Indigenous and Crown governments has always been about land. It’s centred on who owns the land title and the rights and responsibilities to govern it.

On June 29, 2021, Madam Justice Emily M. Burke of the B.C. Supreme Court ruled on a case brought by the Blueberry River First Nation. The decision was the latest in a long line of decisions by Canadian provincial and federal courts on this decades-old conflict over who controls the land.

This case is precedent setting because it addresses the accumulative impacts of industrial development, largely from fracking and forestry, and not just a single project.

Madam Justice Burke found the province has infringed on the Treaty 8 rights of the Blueberry River First Nation, stating that while the province has the right to develop land, it cannot take up so much land that it negatively impacts the treaty right to carry on hunting, fishing and trapping in the territory.

Justice Burke wrote that the Province was showing a pattern of redirection, telling the Nation that it’s concerns would be addressed elsewhere through other means. She wrote that the adverse effects of that pattern led to a feeling of “death by a thousand cuts.”

The government of British Columbia argued that while Blueberry River has Treaty rights, their ancestors accepted the fact that their land would be taken up by settlers and industry. The province argued that the Treaty 8 rights were not absolute, and only upheld when the government did not want the land they occupied.

This case is yet more evidence that B.C. Attorney General David Eby is steadfastly committed to rolling out an eloquence of lawyers to fight Indigenous people on land title even though it is directly counter to the commitments he and the rest of us made when we passed the Declaration on the Rights of Indigenous Peoples Act.

Despite the promises, Crown governments continue to use familiar divide and conquer tactics in negotiations with the goal of extinguishing Aboriginal rights and title. They have been so committed to this end, they set up elaborate schemes like residential “schools” and later the BC Treaty process. The Blueberry River decision is yet another reminder from the Courts that the government lawyers are wrongheaded in their approach.

The struggle over the land began when the captains of the first European ships to show up on the shores of North America used the Doctrine of Discovery to stake their claim of sovereignty on behalf of their Crown. The struggle over land title continues today.

In the case of Treaty 8 territory Justice Burke found the provincial government has never accounted for the accumulative impact of the industrial development that cut the land up into tiny pieces. Last week, we got a glimpse as to how Crown negotiators greased the machine of the BC Treaty process to keep control of the land as the court cases piled up against them.

In 1998, when BC’s current Minister of Indigenous Relations was a treaty negotiator, he wrote an internal memo that proposed that federal $$ for residential school survivors be withheld as a “sweetener” for Indian Bands entering the BC Treaty Commission Process after Delgamuukw. pic.twitter.com/qbEy3Xn8D0

In the 1990’s, the current Minister of Indigenous Relations and Reconciliation, Hon. Murray Rankin, was a provincial treaty negotiator. In a letter to the federal government he advocated they “be strategic” in how they distributed a $350 million fund to Indigenous communities in British Columbia. The money was designated for healing from the legacy of residential “schools.”

He suggested the federal government prioritize First Nations negotiating treaty agreements and recommended they could use the cash “as a down payment on an eventual treaty.” He suggested this healing money could “sweeten the deal” to get a final agreement.

British Columbians were sickened by the acknowledgement that funds assigned for healing from the horrific abuses of residential “schools” would be used as a bargaining chip to convince Indigenous people to agree to a treaty in a process founded on the extinguishment of their rights and title.

Minister Rankin apologized for the language in the memo accepting responsibility for the pain and hurt it caused.

The 1998 memo included language I know is not appropriate and do not support today. I take responsibility and apologize for the hurt my words have caused Indigenous peoples. I'm grateful to @UBCIC for the opportunity to respond, and to partner on this journey. pic.twitter.com/r3VCkvZaQY

Just as all those that came before him, Minister Rankin in his apology conveniently ignores the source of the conflict, the economic rights of Indigenous people in British Columbia that comes from Aboriginal title and sovereignty.

How they choose to reconcile the land question in British Columbia in the coming months will determine whether they are remembered for blazing a new trail or are dumped on the mountain of Aboriginal title and rights-denying politicians that litter the British Columbia history books.