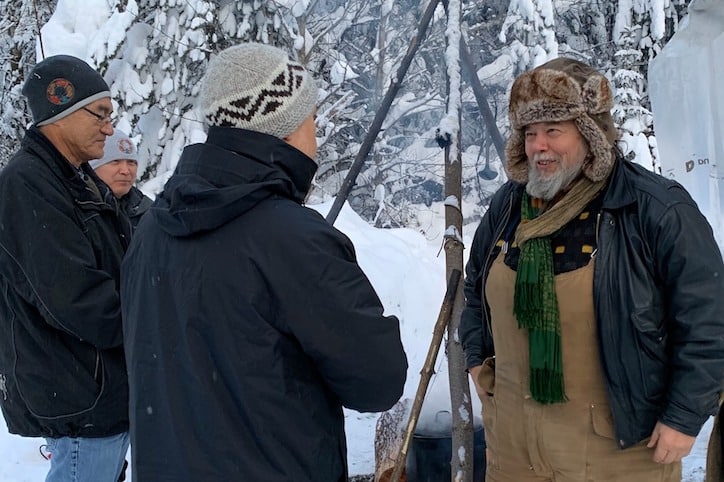 It has been one year since protesters set up a camp on the front steps of the legislature.

The protests were a result of the BC NDP’s decision to press ahead with the Coastal GasLink pipeline through the Wet’suwet’en territory using militarized RCMP to enforce their decision.

I had just returned from a visit to the territory. I was invited by the Wet’suwet’en hereditary chiefs to witness firsthand their beautiful lands and the violence delivered by the BC NDP government.

As the protestors pulsed with anger, solidarity blockades popped up on rail lines and other infrastructure across the country. Just a few short weeks after passing the Declaration on the Rights of Indigenous Peoples Act in November 2019, it looked like 2020 was going to be a difficult year for Crown-Indigenous relations in British Columbia.

Then came the lockdowns because of the COVID-19 global pandemic turning the rolling boil to a light simmer.

Tension grew again as a result of the marches and riots in response to George Floyd’s murder at the hands of police in the United States and several police-involved fatalities of Indigenous, black and people of colour in Canada. Systemic discrimination, bias, and racism in policing became the focus of attention throughout the summer.

That was followed by allegations of systemic discrimination, bias and racism in the BC health care system. It came as no surprise to Indigenous people, we have long known that we are treated differently by the health care system. An investigation by Mary-Ellen Turpel-Lafond daylighted thousands of instances of racist treatment, many with tragic outcomes.

During the provincial election last Fall, the leaders were asked to address their privilege in the debate on primetime television. Premier John Horgan’s response that he does not see colour was a troubling sign of how far we must go to create a just, inclusive, unbiased society.

Also, we are hearing repeatedly that the provincial government is not collecting comprehensive data, specifically race-based data. So, not only does Premier Horgan not see colour, but it’s across the entire institution.

If we don’t have comprehensive data, what is informing decisions? When asked about this in health care Minister Dix claims he does not need more data. Yet, it seems like every couple of weeks he is standing in front of British Columbians apologizing for the actions from within his Ministry.

The government, it’s institutions and agencies, were not set up to benefit Indigenous people and people of colour. In 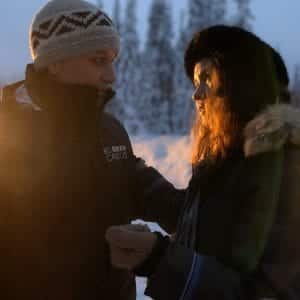 fact, they were set up intentionally to their disadvantage. So, it is no wonder that elected officials and institutional leaders do not see Indigenous women go missing and get murdered until they number in the hundreds.

February 11, 2021 is Moose Hide Campaign Day. The Moose Hide Campaign is celebrating its 10th anniversary this year. A community-led act to stand up to violence against Indigenous women and children, the campaign was started by Paul Lacerte and his daughter Raven.

I love this campaign for many reasons, especially the responsibility it puts on men to hold each other accountable for our actions and demanding men be healthy role models for boys, ensuring they understand the true meaning of love and respect. The fight to end violence against women and children should not fall to my wife and daughter. It is my fight as well – and that of my son.

We have taken important steps forward but clearly our society still has a lot of maturing to do.

No doubt it will be challenging and uncomfortable for our public officials to cut through their privilege and see the impact of their colour-blindness.

They must stop using the RCMP as an enforcement agent for the rights of industry, while neglecting the rights and survival of Indigenous hereditary leaders, matriarchs, women, children, and communities.

They must collect more comprehensive data to inform their decisions with what is happening rather than just pushing ahead with the status quo which further entrenches the systemic discrimination, bias, and racism in our institutions.

← Voices of Saanich: "My years on the wild side" with Briony Penn SUCCESS! Rural designation for Salt Spring and Southern Gulf Islands →