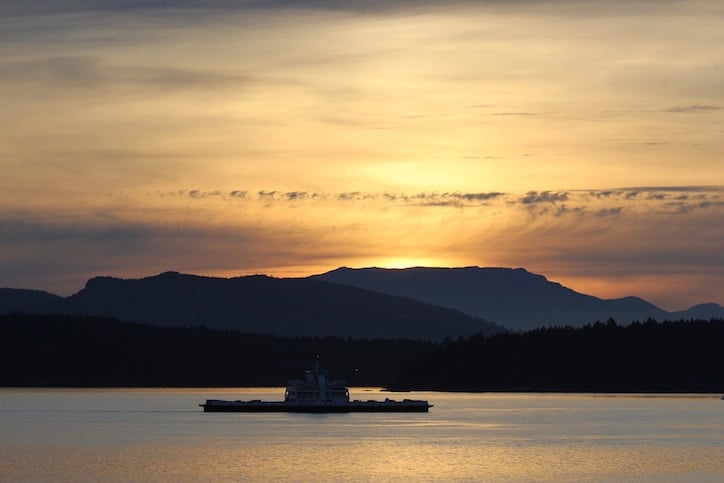 Vaughn Palmer recently wrote an editorial highlighting the challenges the provincial government is having with delivering its $300 million support program for small-medium businesses.

Despite their commitment to getting the money flowing, and changes made in the criteria to ensure small-medium businesses can access the funds to support them through the COVID-19 pandemic, I continue to hear deep frustration from business owners who have been trying to access the program without success.

I am sharing the response I received from one entrepreneur in Saanich North and the Islands via Facebook Messenger. It started with this message on Wednesday evening.

“Just thought I’d reach out. It’s been a tough long year…for you, for me, for everyone. I’m glad we have our families and communities that we do.

Today, I was declined the business grant support from the B.C. provincial government. We didn’t show a “cash positive” report for the time frame they wanted. I explained why, but to deaf ears. We will survive and are growing our business, but I’m disappointed.

We’ve worked every day since we opened and are in B.C. operating in an immensely difficult small market with the thinnest of margins. We will survive, grow, flourish and get back to where we were, but not from the help from the provincial government, but from the programs the federal government has implemented.

Our business, on the beautiful Southern Gulf Islands, in the historic Salish Sea, looked to the government grant program for assistance in our rebuild, but we were turned away. I think we are the epitome of what a small mom and pop business in B.C. is. We promote, cherish and invest everything we have in this great province, but because we weren’t in a “cash positive” scenario we didn’t qualify. The grant program to me feels elitist and rather insulting. Just venting. If you see Mr. Horgan, please let him know the federal government has helped us rebuild… Not his.

I hope you are well my friend. We are fine and moving forward.”

I responded by asking if this individual would like my office to advocate for them. This is what I received back.

“Hi my friend. Firstly, I just wanted you to know that in no way, by any means, was I frustrated with you, your office or your party. Not even a teeny bit. Yesterday, I was frustrated with the response and to be honest kind of insulted, but mostly I needed to vent and blow off a bit of steam.

You’ve always been, for me a dear old friend and sounding board. It was nice just to be heard. Don’t worry about advocating for us. It was a kind gesture, but we will be ok. There’s lots of other folks in worse spots than us.

We are expanding, changed our entire business model and are planning a whole new path. We are years and years behind financially, but I’ll just have to dig harder to get us out. You take care. Just keep it in the back of your mind though that small restaurants make very little profit, like 2-4 cents on the dollar.

Lots of wonderful mom and pop locations won’t make it. The cash flow positive aspect the grant standard asks is very black and white. In 2019, we invested, bought equipment, and did some refinancing which, on paper, showed us being cash negative and not qualified. In 2016-2017, my wife and I drew $7700 in combined wages. In 2019, we started to pay ourselves a living wage, which ended up being one of the main reasons our business didn’t qualify. I’m dissatisfied, but I have moved on. We will be fine. Much love from us to you and all your family.”

Following this response, I shared Palmer’s article with my constituent. I asked him what he thought of Premier Horgan’s message to business owners and the failure of the provincial government’s support program. This is what I got back.

“It’s garbage. The criteria are a blanket statement for all businesses regardless of location, business type or the financially crushing blow this has been. The criteria basically have you having to beg. I’ve worked in hospitality for 35 years, I’ve missed my son’s birthdays, first bites of solid food and the first time he walked all because I was pouring my heart and soul into a hospitality outlet the represents a “beautiful B.C.” location.

I was as courteous as I could be. My vendors that I deal with who deliver us food basically tell the same story over and over. Struggling businesses that need the help are being denied.

We opened in 2016 and expected at least 4 years to go by before being cashflow positive (at least). That’s the nature of the restaurant business. Despite showing our growth and having an analyst have me explain point by point on a yearly P&L statement where we could have been “cash positive” he basically told me there’s nothing he could do. I met all the criteria, except one.

My small mom and pop restaurant on the Southern Gulf Islands wasn’t cash positive during a set period. Despite injecting millions into our local economy over the last 4 years, the provincial government, who has 300 million set to one side, won’t help with a $20,000 grant application.

I put everything we have into getting us open. I worked all my life to save $80,000 and invested it into being a “Proud B.C entrepreneur.” Sadly, the province doesn’t recognize our value in this community.

I was told “my file is closed.” The representative I was dealing with was genuinely sad calling me and telling me. He sounded more deflated than me as he explained that he tabled my case with his assigned adjudicator, but was plainly told, “he doesn’t meet the criteria.”

From charity dinners, community fundraisers, major donations to food banks, athletic team sponsorships, school fair donations, the list goes on and on, the financial and humanitarian support we have contributed, near and far, but it didn’t matter.

Like the $1000 pay out to B.C. residents, this small business grant announcement is simply a cosmetic play to get votes down the road. I’d love to see a list of the A-listers who qualified for the grant. Goodness knows, us little guys are just reaching for a dangling carrot that’s close, but always just too far out of reach.

In 2020, our joint T4 was $23,000 whilst taking on another $100,000 in debt (federal loans, re-opening costs, and making our business COVID-safe.) We were encouraged to re-open to get B.C. workers back earning with the possibility the provincial government might also assist us.

We are open. We are rebuilding. We are employing local residents, and we are expanding into a larger space to accommodate our new business needs. We are doing all the things asked of us by the government to help keep the economy of the province and country going. “I’m sorry, you don’t meet our criteria for support,” is the answer we got.

Our restaurant would have done over $1 million in sales in 2020. It was finally our year to climb out of the hole after investing into opening a restaurant in an immensely tough market. It takes a long time for restaurants such as ours to finally churn out a profit. Now, we just have to start right from scratch.”

From what I am hearing from my constituents, just four months after the election, British Columbians are frustrated with Premier Horgan’s inability to deliver on his big promises. This program has been a massive failure for small-medium sized businesses in British Columbia, to date delivering just 7% of the commitment made by legislators unanimously last March.

Image by Ramon Cliff from Pixabay