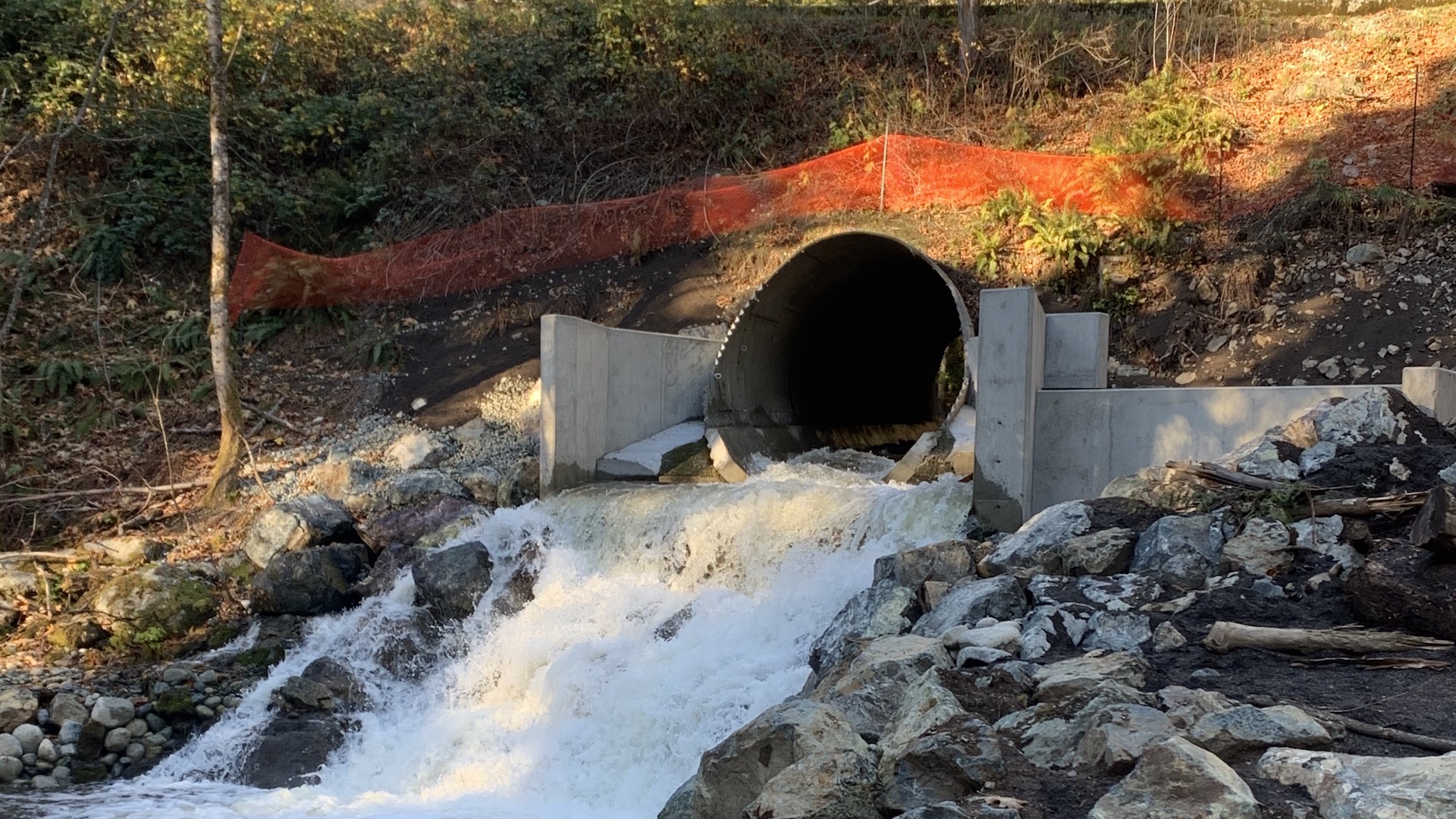 The Millstream Fishway Project is a collaboration led by the Peninsula Streams Society to restore and reconnect critical salmon and cutthroat trout habitat disrupted by a poorly designed culvert under Atkins Road in Langford, BC.

There were many project and funding partners including the local, provincial and federal governments, business leaders and volunteer organizations who came together to make the project happen.

Hands raised to Fisheries and Oceans Canada, KeyCorp, Ralmax Group of Companies, Trotac Marine, Ecoasis, Judith Cullington and Associates, City of Langford, Township of View Royal, Capital Regional District, Pacific Salmon Foundation, Goldstream Volunteer Salmonid Enhancement Association, Esquimalt Anglers Association, and Victoria Fish and Game. It’s important to pause to acknowledge all of those involved but also understand the number of organizations that are needed to work together to fix this deficient infrastructure.

Governments are doing a better job designing projects to minimize the impact on creeks and streams. However over the past 100 years poor design has greatly contributed to the decline of wild Pacific salmon and other species such as the steelhead trout.

During my first term in the legislature I worked to uncover how a lack of coordination amongst numerous government ministries continues to threaten the future of wild salmon in British Columbia. There are many contributing factors and the province likes to point fingers to the federal government, who have to carry their fair share of the responsibility, but situations like the Atkins road culvert are the responsibility of the local and provincial governments.

Urbanization on salmon rivers and their tributaries has caused a lot of damage, however logging roads cut into the back country also has created big problems for salmon in rural British Columbia.

It’s not all bad news though as the province does have a multi-ministry committee called the Fish Passage Technical Working Group. They have identified thousands of infrastructure deficiencies that are impairing wild salmon from reaching their spawning grounds. Thankfully their work includes designs to address the problems. What we need now is the provincial government to step up the funding to do the habitat restoration work.

We all want to see the return of the mighty wild Pacific salmon to our waters and our neighbourhoods and it’s projects like the Millstream Fishway that will make that become reality.

← For the coast "The haphazardly sheared landscape called to mind a dog with mange." →