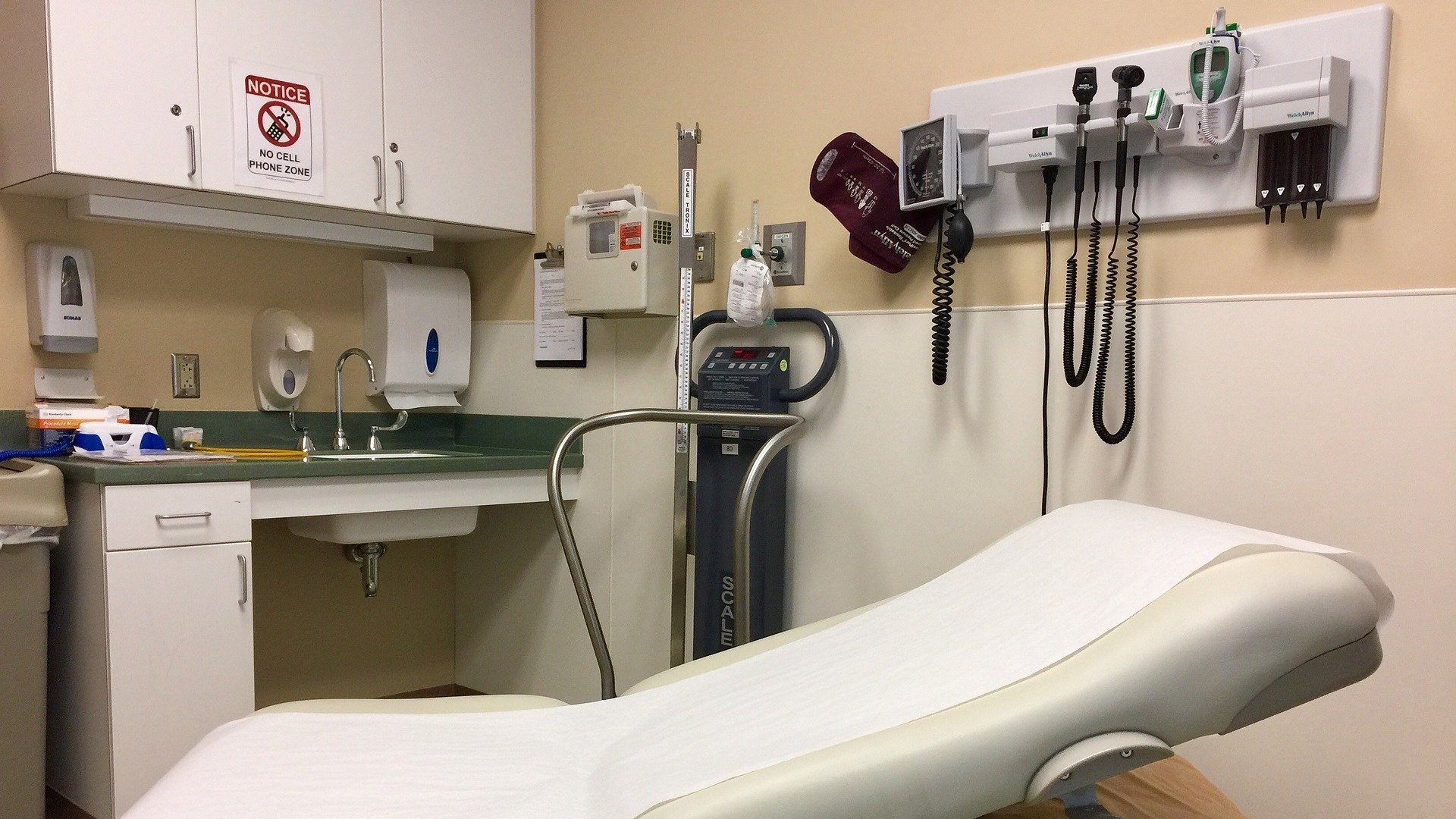 In this round of budget estimates I had a brief opportunity to inquire with the Minister of Health, Hon. Adrian Dix, about an on-going healthcare challenge on the Saanich Peninsula and across the province – a lack of access to primary care or as many know it, a shortage of family doctors.

Since the 2017 election the provincial government has been developing team-based primary healthcare through primary care networks, in which people have a patient care home. Alongside this ongoing work there have been numerous announcements about urgent and primary care centres.

It’s challenging for people to understand exactly what is going on and how this is going to give them better access to the healthcare they need, especially considering after three years many thousands of my constituents in Saanich North and the Islands still remain disconnected from a primary healthcare provider.

In this brief interaction I ask Minister Dix to provide some clarity and highlight what the Ministry is doing to increase access to primary healthcare services in our riding and how he is working with Shoreline Medical Clinic.

Once I finished these questions, my colleague Sonia Furstenau continued with more general questions about long-term care facilities, midwifery, paramedics, safe supply and decriminalization of drug users, cystic fibrosis, addictions and detainment under the Mental Health Act. You can find her complete exchange here starting at 4:20pm.

Seeing the Leader of the Third Party, please proceed, Leader. Good to see you.

It’s nice to see all of our colleagues here to witness the last while in these budget debates. The Minister of Health continues to be a marvel in his ability to simply just have a conversation about the largest, most comprehensive ministry in our government. My hands are raised to him for his obvious…. He’s got a good grip on the content here; that’s for sure.

I want to go back, I think, a little bit to some of the questions that I’ve asked the minister in question period, regarding the thousands of my constituents that don’t have access to a family doctor yet. I know that there has been a lot of work that’s been put into changing the model for how my constituents, and British Columbians across the province, obtain primary health services.

Initially, there was a lot of attention on developing patient care homes and primary care networks. However, as time has passed, it seems the focus has changed slightly toward a different approach: urgent care centres. Perhaps these are just a lot of different names for the same approach, but I’m just wondering if the minister can explain the difference between an urgent and a primary care centre, a patient care home and a primary care network, from his perspective.

It’s great to see you, hon. Chair, at this time on Friday afternoon. It’s our time of day, I think, our time of the week.

Thanks to the Leader of the Third Party for his question. I think what I’d like to do, perhaps, is speak about it in the context of his constituency and what he should expect to see in the coming weeks and months, because I think the Victoria area, the capital regional district, is a particular priority in primary care for three sets of reasons:

(1) There are lots of people with chronic disease and lots of our elders, as well, in the Victoria region who depend on health care.

(2) The practitioners in primary care that we’ve counted on in many communities in many cases are retiring. He’ll remember the event and the discussions we’ve had on some of the issues at a public meeting in his riding, which seems like just yesterday, but it was a couple of years ago, I think. Those are significant here.

(3) In some ways, the lack of integration of primary care in the community.

What are we doing here? We’re developing on the south Island with the South Island Division of Family Practice, which really includes components in Sidney and Saanich. Around the corner, through the Western Communities, we’re developing primary care networks in those communities, both in the Western Communities and then in Saanich-Sidney. The idea is really to support the activities of existing practitioners to build out team-based care in existing practices, and in fact, to add other health professionals and other health support to existing practices.

We see an example of this with the development of the Sooke clinic, which is an existing private clinic in Sooke, where we’ve built out both on the capital side and the addition-of-resources side, with new resources to serve more people in an existing site in a team-based setting. That’s one.

But the primary care networks are everywhere. The urgent and primary care centres are spokes in such networks. Then we’re also building out other community health centres, which are run by community organizations in many communities. They would include both doctor-led clinics and nurse practitioner–led clinics.

What you’re going to see is the development of all of those come together in Victoria to provide an integrated model of primary care to deal with the situations we’re facing. I would expect — and he knows, because we’ve met on this a few times — that the primary care network that serves his constituency, or principally his constituency, the Vancouver Island side of his constituency, will be available to us soon. The Saanich Peninsula PCN will be a partnership of First Nations, which is very important. The south Island–Saanich Peninsula PCN will be part of, of course, the South Island Division of Family Practice in Island Health.

We’ll be building out that primary care network together, which is to add resources and link together to those resources in a region. Urgent and primary care centres are one component of that, as are community health centres. Patient medical home is a name we don’t use very much anymore, but it means some of the same things and really would mean one of the centres that’s linked in the primary care network.

I think one of the challenges is that there’s been some confusion. There are so many conversations that are going on. Maybe the final question that I’ll ask is…. Maybe the minister can just highlight some of the challenges, just in how different aspects of medical services are remunerated and the challenges with the established practices that are in place. Then, as well, the evolution. I know there are so many conversations going on here that getting a good grip on exactly what’s happening…. We’ve been at this now for the last three years. It seems like it’s been going on for a very short time, but over a long period of time.

Maybe just a little bit about the communication and the interactions the ministry has with the division of family practice, Indigenous health services, not-for-profits. We’ve got a really great not-for-profit in our community called Shoreline Medical. The community is really invested heavily in Shoreline through the relationship that they have with the Saanich Peninsula Hospital and Health Care Foundation.

[4:15 p.m.]
How does the ministry work with Shoreline Medical, as an example, who are doing a lot of the same work to ensure that it’s not being duplicated or that we’re working together rather than, maybe, in front of or behind each other?

I think we’re well along the road, I mean, with respect to, for example, the Saanich Peninsula primary care network. The funding is established. The funding is in place and is flowing. We would expect an announcement soon. Shoreline and other existing practitioners would be seen as part of that, but it doesn’t just include the South Island Division of Family Practice in Island Health. It includes a lease for First Nations, as well, who will be part of that effort to expand out not just health care to the whole community, but also the specific and important needs of Indigenous health in the member’s constituency and in the region.

Yes, it’s taken longer than we would have wished to develop the centre, because we’ve decided to take a ground-up approach. That’s sometimes the best approach. It’s sometimes not the best approach. But what I want to do and what we want to build together is something, ultimately, that will last. Only things that are built from the ground up, I think, can last, where we develop a consensus, even if it takes a long time.

I think there are differing interests sometimes, amongst professions who have worked on their particular model, and the shift to team-based care is culturally a challenge for some people who…. By the way, those that it’s a challenge for have been absolutely necessary and remain necessary to the system. We cannot pass that away.

Different interests of different doctors at different times in their careers, many who worked in a fee-for-service service arrangement all their lives who are reluctant to see that change, and other young doctors who would like to see a more alternative payment or salaried arrangements.

All of these are in discussion, but I think we’re getting there all through the south Island region, with the South Island Division. I think the relationships are excellent. We’ve just had an announcement in Sooke. I’m expecting more to come in the next few weeks. We’ll look forward to fully briefing the member on those as we get closer.

Image by Anne Karakash from Pixabay

← It's long past time for a new fiscal framework for communities PODCAST: Mental Health Amendments - The speech I would have given →