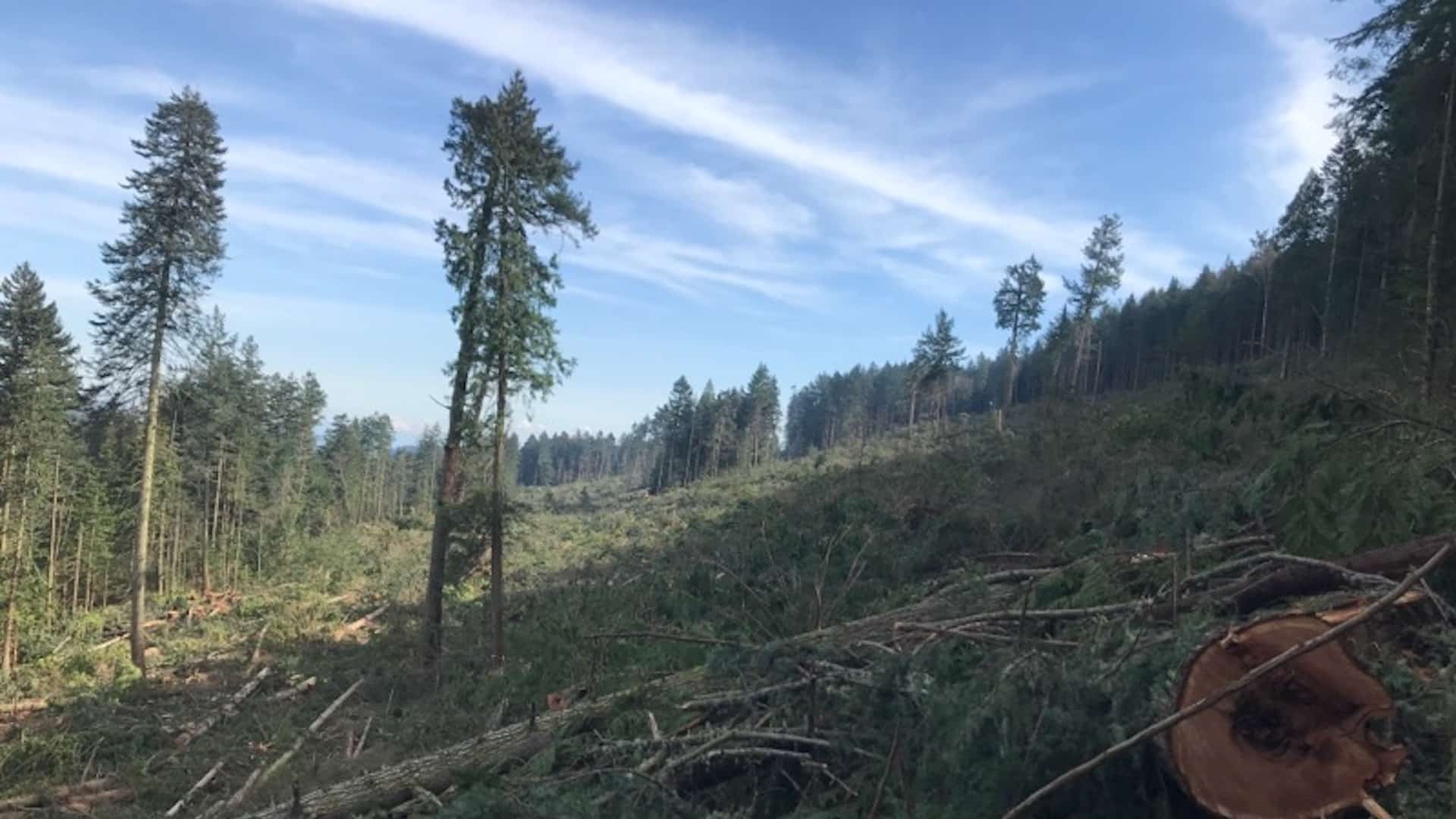 Tension is growing in the forests across British Columbia so I thought it was appropriate to reflect on my work in the Spring session of the legislature standing up for our most treasured ancient creatures.

The response of the government has been to try to find the middle of the road. As Minister of Forests, Hon. Doug Donaldson said in his response to me in question period on May 8th and he has repeated many times since,

“We’re blessed with amazing forests in this province. There are a variety of perspectives on old-growth management. Our government is committed to protecting the important biodiversity of old-growth forests. We also recognize the value of old-growth forests as they sustain wildlife, an important part of B.C.’s natural heritage. We’re also committed to ensuring the continued vibrancy and an innovative forest sector. Over 24,000 people are employed in the coastal forest sector.”

This statement ignores the reality that we cannot protect biodiversity by cutting it, and that communities are already in transition. We know we have very little old-growth left and someone is going to have to make the hard decision to stop scarring the mountainsides with clearcuts. After decades of neglect we need a government that is willing to work with communities to re-build economic, social and environmental resilience. Instead, it’s a message box, essentially making the same claims of the previous government that we can have our cake and eat it too!

The BC Greens are calling on the BC NDP government to implement a moratorium on the few old-growth hotspots left on Vancouver Island and to immediately transition to a sustainable forest economy.

We are asking British Columbians to join us in our call – ADD YOUR NAME HERE!

I invite you to check out some of my recent work on this important issue.

A few months ago, I wrote on the whiteboard in my office boardroom “big bears, big fish and big trees.” Those words have been there ever since. They are three world-famous icons of British Columbia.

Speaking to our old-growth forests

The BC Green Caucus is committed to changing the current BC NDP approach to managing old-growth forests. We have been asking about the BC NDP approach this past week so in my two-minute statement I spoke directly to our elders.

What about clear-cut logging on private land?

Another troubling aspect of forest management in the province is on private land. We have been inundated with correspondence. People in the Southern Gulf Islands, Cowichan Valley and the Kootenays are deeply concerned. They worry about a variety of issues including climate change, water quality and slope stability. Currently, it appears there is little that local government leaders can do to protect the interests of their constituents.

Calling for a moratorium on logging old-growth

We are calling on the provincial government to immediately halt logging in the few intact, high productivity old-growth hot spots that have been identified by First Nations, scientists, communities, and conservationists as areas of critical conservation value.

Old-growth is an endangered, non-renewable resource. Either we act now or we will run out completely. Forestry continues to be a flashpoint in British Columbia. More than 20,000 people have emailed my office demanding we act and we cannot delay any longer.

← Feeling the joy of life Conversations for change →