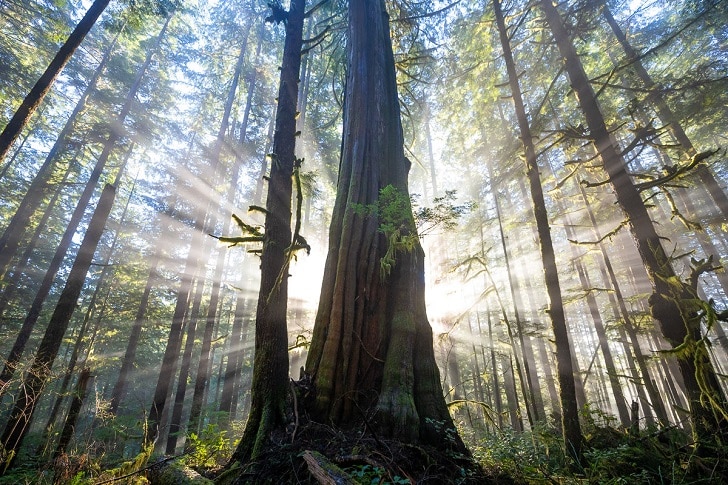 The source of uncertainty about lands and resources in British Columbia is rooted in the failure of successive governments to uphold the rights of Indigenous peoples.

Let’s be clear – conflict and contention over the land base doesn’t come from honouring human rights, it comes from denying and violating them. For decades British Columbia has followed a policy of litigating about whether Indigenous rights even exist, and negotiating in long, expensive, and unprincipled ways that rarely have outcomes. The result is nothing is resolved. And the Horgan government is no different.

Europeans arrived in North America and claimed the land was empty, with no humans living here. This was the doctrine of terra nullius – nobody’s land. Paired with the Doctrine of Discovery, which goes back to 1494 when the Treaty of Tordesillas determined that non-Christian lands could be colonized, Europeans asserted sovereignty to the land and resources that now make up Canada.

Today, of course, we reject these doctrines for what they are – racist and destructive. But they remain at the foundation of what led to the formation of British Columbia. And they remain embedded in the laws, policies, and practices of government today.

We see this playing out regarding old growth forests.

For months we have been calling on Premier John Horgan to implement all the recommendations of his old growth review panel.

Thousands of British Columbians have joined in the call to protect the last remaining stands of ancient, monumental old growth forests.

Premier Horgan and Minister of Forests, Lands, and Natural Resource Operations Katrine Conroy have been claiming they are doing the work needed to protect these trees.

Unfortunately, the Premier and Minister have been talking out of both sides of their mouth.

On one hand, Premier Horgan is stating he recognizes Indigenous rights and title. On the other hand, his Minister of Indigenous Relations and Reconciliation Murray Rankin, is advancing the same old models of forestry agreements put in place by the BC Liberals over a decade ago. These agreements are based on the denial of Indigenous rights – saying rights are “asserted”, not accepting they exist, and not recognizing that Nations have any ownership in lands and resources.

Premier Horgan talks about Indigenous sovereignty, rights, and title. Yet the Attorney General continues to advance the same litigation positions that Crown governments have taken for decades. Right now as I write this, BC taxpayers are funding their government to argue in court in multiple pieces of litigation something different than what the government says publicly: that certain Indigenous people do not exist as a people, that their rights have been extinguished – if they ever had any in the first place – and that even if there are rights, they are effectively meaningless.

Why does this happen? Because in its laws, policies, and practices, British Columbia is still denying Indigenous title and rights. In Budget Estimates I asked the Attorney General about this. (See our 30 minute exchange here.) He said that until title has been negotiated in treaty, or decided by the Courts through litigation, the Crown maintains control of the land and resources. This is the old position of denial. It is also not what the Supreme Court of Canada has said. The Courts have been explicit. Title does not exist because an agreement or court says it does. Title exists because of the prior use and occupation of First Nations. Title exists where it exists – because of the history and contemporary reality of the relationship of Indigenous peoples to these lands and resources. The responsibility of government is to reconcile with the pre-existing sovereignty of Indigenous peoples. To say that before that occurs, we need to litigate or have a treaty is a denial of title and rights.

The government also knows that treaty negotiations have languished in our province. Negotiation tables have been open for decades with only a few treaties getting to a final agreement. They have been frustrating and expensive, with little hope of success because of Crown policies and mandates. The treaty process in British Columbia and Canada is yet another sad reflection of colonialism.

In this policy of inaction – through grinding, endless treaty negotiations and expensive, divisive, and endless litigation – this government is behaving the same as governments past. It comes to First Nations with an interim benefits agreement, with the purpose of securing Crown opportunities to continue harvesting the resources off the land that have been at the centre of the dispute for the past century and a half.

These are the same approaches and agreements that that the former colleagues of Minister Conroy and Minister Rankin spoke passionately against when they were in opposition.

Former Forests Minister Doug Donaldson called them “take it or leave it” agreements. In 2014, Donaldson said, “As we know, many First Nations communities are in very, very difficult socio-economic times.” He continued, “I think First Nations for decades have seen natural resources off unceded territories leave their area by the truckload, by the trainload, and then there’s an opportunity presented by the provincial government with a take-it-or-leave-it approach to say, “Here’s a percentage of that that you can have,” of course, it’s going to make a difference in some people’s lives within the community. Let’s not discount that, but the fact is that it’s based on a history of a very uneven and unlevel playing field.”

At the end of my exchange with the Attorney General in Budget Estimates he said the situation is not as “grim” as I have outlined. It depends on your perspective Minister. The historic and current landscape is grim, in fact, it’s worse than grim, it’s slippery, it’s slimy, frankly Minister, it’s grotesque.

← Asking about the report on the death of an Indigenous child in care and systemic change Unacceptable! Minister of Forests commitment to Indigenous rights and title is on her terms →