Actions speak louder than words: Protecting old growth is not a priority for the BC NDP 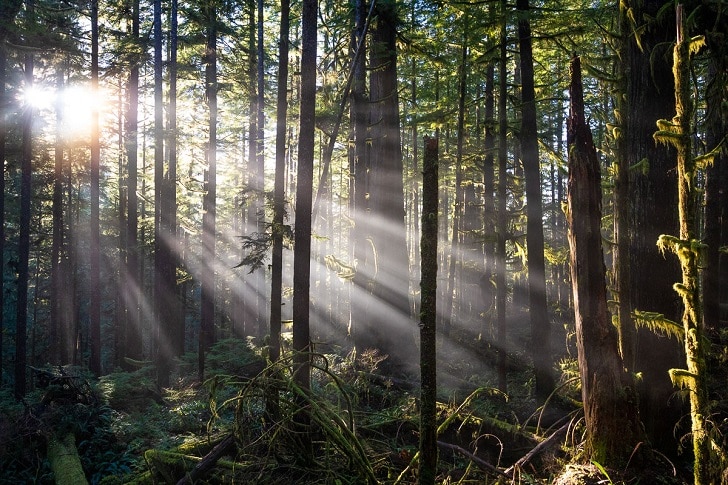 Minister of Indigenous Relations and Reconciliation, Hon. Murray Rankin, recently published a column about his commitment to protecting old growth.

He opens by acknowledging the need to protect biodiversity as our duty to future generations. Minister Rankin claims that protecting old growth has been a priority of the BC NDP “since day one”.

His government has been under fire for years for dragging their heels on long promised reforms to the forestry sector. They have shown a total reluctance to immediately protect all the old growth ecosystems most at risk. Old growth logging approvals have accelerated under the NDP, as “talk and log” continues.

Minister Rankin wasn’t an MLA (Member of the Legislative Assembly) “at day one” and so he hasn’t had the experience that my colleague Sonia Furstenau and I have with successive BC NDP Forest Ministers, Doug Donaldson and Katrine Conroy. They, and Premier John Horgan, have promised forestry reforms every session since 2017 but have yet to produce anything substantive. At the same time the clearcutting continues at unsustainable rates.

The Old Growth Strategic Review Panel struck by Premier Horgan was a response to the constant pressure by the public, the powerful lobby of environmental groups, and a couple of persistent Greens in the legislature. The panel was a way for government to appear to be doing something while creating the space for the status quo forestry policy to continue the “cut and run” tactics of the past.

Minister Rankin might not know that in the BC NDP’s first term the Minister of the Environment, Hon. George Heyman, was mandated by Premier John Horgan to prioritize species-at-risk legislation. Minister Heyman did not deliver.

Dozens of public servants in the Environment Ministry worked diligently on the legislation before it changed into a biodiversity initiative before it was dropped entirely. Other than a weak reference, it no longer has any prominence in Minister Heyman’s current mandate letter.

Minister Rankin might believe the BC NDP willingly protects old growth, respects the inheritance of his grandchildren, and protects biodiversity, however in my experience working with them over the last four years, that is not their record.

Which brings me to Minister Rankin’s statements about working with Indigenous Nations.

Does he not see the inherent paternalism in unconditionally affirming Indigenous title over land and then noting that the modernized forestry plan of the BC NDP is to move away from large corporately owned tenures and move “towards a doubling of the replaceable forestry tenure held by Indigenous nations.”

Does the BC NDP government really believe that the appropriate expression of Indigenous title and self-determination is increasing the allowable cut of Indigenous Nations from 10% to 20%? That is insulting.

Minister Rankin celebrates how the BC NDP government accepted the Pacheedaht, Ditidaht and Huu-ay-aht’s request for deferral of some old growth harvesting while they undertake integrated resource planning in their territories.

However, what he does not mention is that in February 2021 he had the opportunity defuse the protests and arrests in the Fairy Creek area by not advancing the Aboriginal rights-denying, Forest and Range Consultation and Revenue Sharing Agreements that were a key part to the BC Liberals forestry policy that Minister Rankin is critical of.

This BC NDP government is also continuing to ignore the many Nations that have asserted their rights and requested deferrals of old growth logging in their territories. Instead, BC Timber Sales continues to auction old growth cut blocks without their consent.

Minister Rankin’s rhetoric is strong, but his actions, and the actions of this government, are not those of an environmentalist who understands the value of old growth and is passionate about protecting it.

The RCMP’s arrests of those who are protecting these trees are the direct result of BC NDP government forestry policy and Minister Rankin’s choices.

This could have been avoided if the Minister brought forward a package of conservation financing to protect the trees in the short-term while creating the space for the Nations to develop their integrated resource plans without the economic pressure that has been building in these communities for decades.