Premier Horgan aware of importance of rural designation since 2005 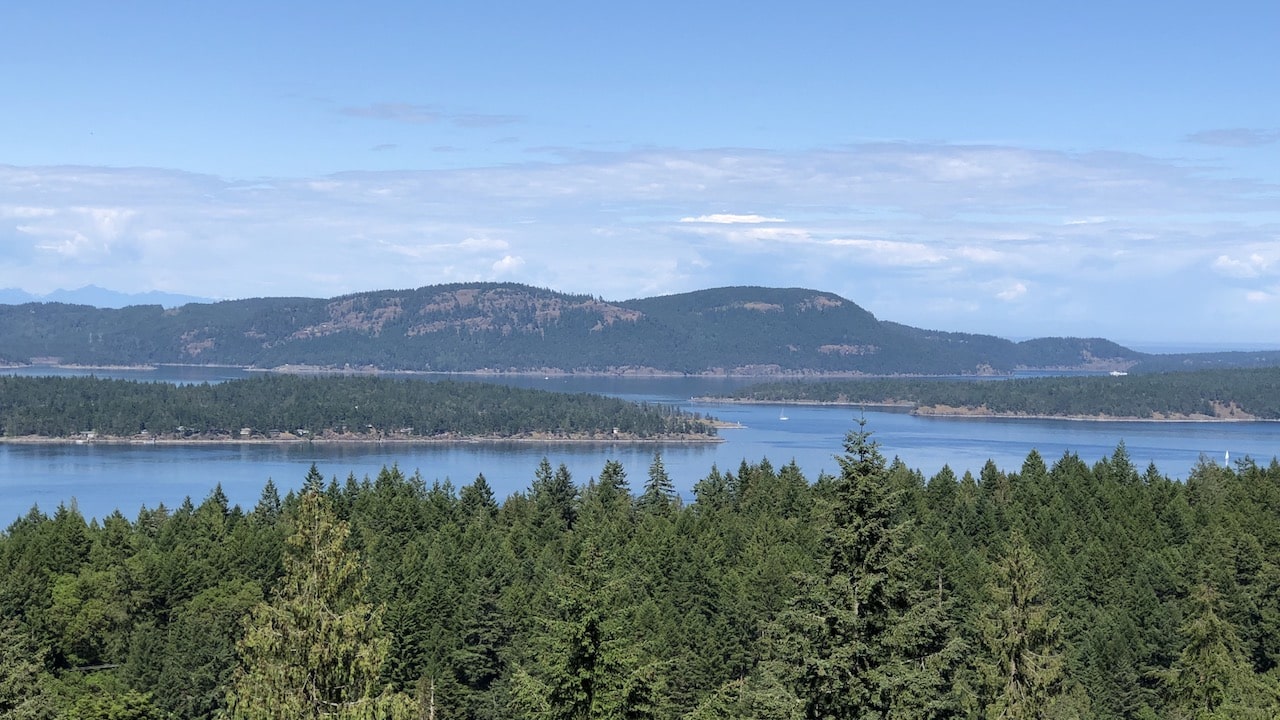 You can hear the question and Premier Horgan’s response starting at 31:07 of the video in Twitter link below. It is well worth a listen.

Premier Horgan clearly demonstrates in his response that he understand how the issue impacts his riding.

“I know Ravi Kahlon, the new Minister, is looking at the decision-making process that led to that. I can say that the electoral area in my constituency does not, it’s part of the Capital Regional District, and was excluded from applying for, Port Renfrew is the issue quite frankly, Port Renfrew was excluded from applying for grants because they, the residents there are in the Capital Regional District. You can throw a football across the San Juan River and be in the Cowichan Valley Regional District where people are able to apply for grants. So that was the grievance that I had with the plan when it was brought in in 2005, and I spoke to it in the Legislature at that time. The applications that came from these Gulf Islands, that are also part of the Islands Trust and part of the CRD are absolutely as valid I’m sure and it’s up to the Minister to make a determination on how to proceed from here.”

On October 19, 2005, Premier Horgan was an opposition MLA. He stood in the Legislature on that Wednesday afternoon to advocate on behalf of his riding.

In an exchange with then-Minister Colin Hansen, Premier Horgan outlines a series of arguments about the exclusion of his rural communities from the Island Coastal Economic Trust (ICET). As he alludes to in the final part of his response earlier this week, he knows the arguments are still valid today. Not only for the communities in the Juan de Fuca Electoral Area in his riding, but also for Gulf Island Electoral Areas in Saanich North and the Islands.

The debate in 2005 occurred in Committee of Whole on Bill 7, the North Island-Coast Development Initiative Trust Act. Committee of the Whole is essentially an open exchange where the opposition can question the Minister on each clause of a Bill.

The first questions from Premier Horgan are about the boundary which the Minister responds is “the Malahat.” It is pointed out that “the Malahat” does not offer much in the way of a distinct geographic boundary to work from.

“… I might bring up also on the west coast of the Island, in my constituency, are the communities of Port Renfrew, Jordan River, Shirley, Otter Point and, for that matter, Sooke. I think it could be argued that those communities are probably closer to Bamfield in terms of the economic development opportunities, and are even linked by a gravel road now to Lake Cowichan. So I’ll certainly take any guidance you have, minister, on where the line would be on the Malahat, but these west coast communities of Port Renfrew in particular, Otter Point and Shirley would certainly benefit from participation in this fund. I was wondering if there’d been any thought to that or where they would place in the region.”

Fast-forward to 2020 and these are exactly the same statements that have been rightfully made consistently by the Southern Gulf Islands and Salt Spring Island Electoral Area Directors, David Howe and Gary Holman respectively.

Back to 2005, Minister Hansen then details that the Trust covers all of Vancouver Island with the exception of the Capital Regional District. His reasoning was that as compared to the rest of the Island, the Capital Region was doing very well economically. He states, “certainly in most of the months over the last number of years the CRD areas had the lowest unemployment rate in the province.” Therefore, according to the Minister, it did not need to be part of the Trust area in debate.

Similar to Premier Horgan’s response this week when he highlights the proximity of communities in his riding to the Cowichan Valley Regional District (CVRD), back in 2005 he goes to some length to articulate the reasons why the communities he represents in Juan de Fuca are more like the communities in the neighbouring district. Remember, it’s just a short football toss away.

It is not a small matter that Premier Horgan takes a significant amount of time to outline the need to correct this geographic oversight at the time of the debate. He clearly understands the difficulty of adjusting the boundaries after the law and regulations are passed.

Minister Hansen solidifies the concerns of Premier Horgan as he deflects most of the questions, stating the decision is not up to him, or his staff, but rather it is up the board of the Trust to determine their boundaries. Premier Horgan continued to push, restating the need to get it right the first time.

This is exactly the challenge that I now face in advocating for the Gulf Island Electoral Areas in the CRD. However, it is not a BC Liberal Cabinet Minister that is deflecting responsibility, it is Premier Horgan himself, and his former NDP Cabinet. For the past three and a half years the BC NDP have been in consultation with the Trust Board.

The challenge that Premier Horgan noted back in 2005, in his valiant advocacy effort on behalf of his community, is the same punishment that he and his government is now delivering.

Substitute Shirley, Otter Point, Jordan River, Port Renfrew and Sooke for Salt Spring, Pender, Galiano, Mayne and Saturna and every bit of the pain that he foreshadowed would be derived from the exclusion he was fighting against, is now the pain he is causing.

“I thank the minister for that. I will agree with him that, if you open up the door, everyone will try and get in. But I do invite the minister. I’d be delighted to drive out with him to Port Renfrew on a sunny day and see the breathtaking scenery out there and give him a clear understanding of the vast difference between that part of the CRD and any other part.”

It’s not quite true that a crack in the door leaves room for everyone to get in. The Gulf Island communities are definitely rural. Unlike the Juan de Fuca Electoral Area that Premier Horgan’s government snuck into the ICET one day before the provincial election call this September, the “preserve and protect” mandate in the Islands Trust Act will guarantee the Gulf Islands in Saanich North and the Islands remain rural in perpetuity.

So, I do invite the Premier. I’d be delighted to take a ferry tour with him to the Southern Gulf Islands and Salt Spring Island on a sunny day, and see the breathtaking scenery out there, and give him a clear understanding of the vast difference between that part of the CRD and any other part.

Finally, I’m thankful for the opportunity to have met with Minister Ravi Kahlon. He is committed to meeting with the community leaders to better understand this situation and following in the footsteps of one former member of the opposition (and now Premier), I will continue to strongly advocate for the Gulf Island communities that were wrongly excluded in 2005 and remain on the outside of a policy that does not reflect reality.

Now, all I ask is that the Premier ensure his government treat all ridings with the same sensitivity that he treats his own. We are all part of the same province struggling to find solid ground under our feet in the economic recovery.