A governance solution for the Salish Sea 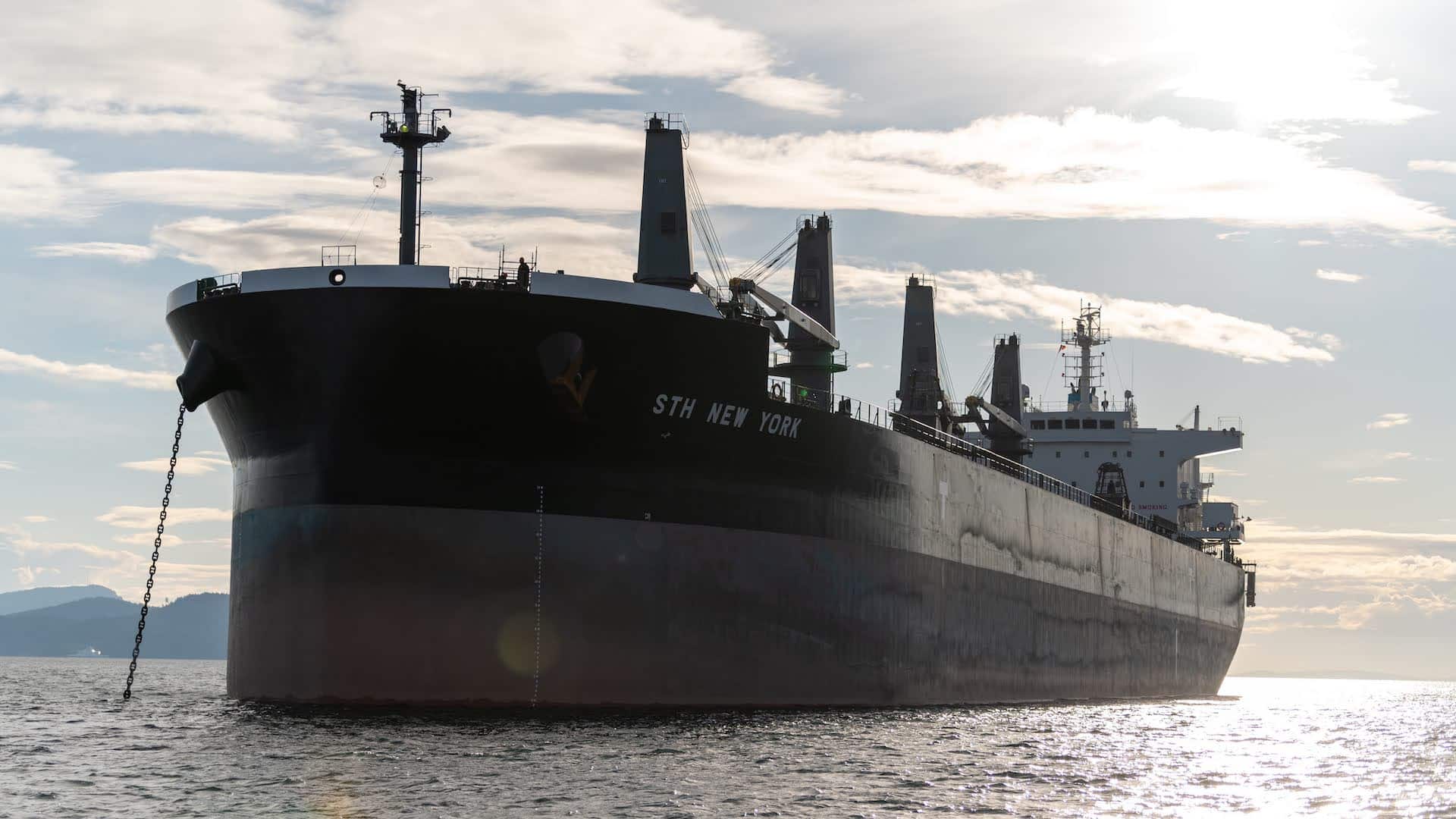 There are many issues in the Southern Gulf Islands that deeply trouble me. There are two that I will focus on in this post. Each took me time to investigate and understand the multi-jurisdiction complexity frustrating action.

ISSUE #1: Anchorages in the Salish Sea 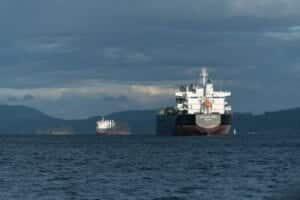 For decades the waters surrounding the Southern Gulf Islands have provided sheltered areas for large vessels to anchor while they wait for their cargo in the Vancouver Port. In the past, vessels in Plumper Sound would receive their gypsum cargo transferred right there. Thankfully that has stopped now.

With the port expanding and the number of vessels increasing, the Salish Sea has become a parking lot for large freighters.

The result is damage to the sea floor from anchors dragging, increased greenhouse gas emissions and excessive noise pollution from generators running 24/7, and light pollution from the vessels needing to be lit up in order to not be a hazard to navigation. The environmental and social impact of these vessels is great.

Over the past three and a half years I have met with stakeholders from all aspects of this issue to better understand the challenge.

At the core it is complex because of all the jurisdictional overlap and a lack of coordination between government institutions and authorities. I have met with Indigenous leaders, residents, CRD Directors, Islands Trustees, provincial ministry officials, provincial ministers, federal MP’s, leadership at the BC Chamber of Shipping and the port. As a result of this work I wrote Hon. Doug Donaldson (former Minister of Forests, Lands, Natural Resources and Rural Development) and Hon. Marc Garneau (Minister of Transport).

The province owns the ocean floor, so for Minister Donaldson I suggested his ministry take steps to regulate the impact of anchors from these large vessels. I also raised the issues of the Douglas Treaty and the disruption of these vessels with respect to Indigenous fishing rights and damage to fishing locations from dragging anchors.

The federal government is responsible for the water column, surface, transport vessel regulation, port regulation and international trade. With Minister Garneau I advocated for better organization. Currently, vessels don’t need business with the port to be here. Unlike other ports around the world, where transport vessels need to have a cargo (pick up or drop off) before they show, Canada does not require this, making us a preferred destination for parking surplus vessels.

This is unacceptable for obvious reasons. Minister Garneau just ignored the problem and sent me a letter acknowledging my advocacy but not offering any solutions.

I did offer solutions in my letter. I suggested the following:

All levels of government have advocated with the provincial and federal ministers. In response, we have received correspondence directing us elsewhere and generally confusing the issue further.

Part of the problem has been a lack of coordination, no overall communications and advocacy strategy and everyone doing the best they can with limited resources. No one elected official or government body is going to be able to move this issue on their own. There are deeply entrenched, ancient maritime laws and conventions that the Transport Minister must have the political will and courage to change. So far neither have been available to this Minister.

In short, we all need to work together and develop a consistent, coordinated plan to relentlessly tackle this issue, internally and externally, using every tool we have collectively.

ISSUE #2: Regulation of tree-cutting in the Islands Trust area 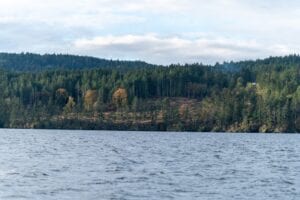 The Islands Trust was created to preserve and protect the Gulf Islands for the benefit of all British Columbians. It certainly has stopped large subdivisions such as Magic Lake on Pender Island from being repeated. However, there are troubling land use issues that need to be addressed. I’m not going to veer of course there and focus on housing, that is for another blog post on another day. I will stay focussed on tree-cutting.

The Islands Trust was created to manage land use, zoning and overall community development. Services are delivered by the local regional district. However, the Islands Trust Act does not allow the regulation of tree-cutting through bylaw. This gets a little complex but what is important to focus on here is that where a municipality through the Local Government Act can take control and develop this regulation, my colleagues at the Islands Trust, on each of their Local Trust Committees, cannot.

The tool Islands Trustees have is Development Permit Areas (DPA). This tool has been used in the past but it is very expensive, requires the Trustees to work property by property identifying sensitive or dangerous geological issues, listed species-at-risk etc.

From what I can see because British Columbia has been built on the idea that we are “hewers of wood and drawers of water” back when the Islands Trust was created the idea was to stop unsustainable subdivisions, not tree-cutting. As a result the drafters never provided them the power to regulate tree-cutting as they did municipalities under the Local Government Act.

In its most basic explanation, the default in municipalities that have a tree-cutting bylaw is you cannot cut a tree unless you have asked and gained permission to do so. In the Islands Trust the default is you can cut any tree you want, unless you are expressly told you cannot because there is a DPA on the land.

A critical factor here is that much of the last remaining stands of Coastal Douglas Fir are on the Gulf Islands and they need protection. However, because the legislation is written as it is they do not have protection unless they are protected and that is a slow and expensive process.

It is time that the Local Trust Committees be given the authority to create a bylaw to regulate tree-cutting. This will not necessarily prohibit tree-cutting but it will require the landowner to get an arborist report and apply for permits just like they need to do in many municipalities in British Columbia.

The Islands Trust Council recently passed a motion that they would like to this power however the change needs to happen in provincial legislation. Prior to this snap election I was preparing a Private Members’ Bill (PMB) to this effect to bring into the House. It is still in process.

It’s important to note here that a PMB would not change the rules for tree-cutting but it would allow your local Islands Trustees to have this discussion locally and draft a bylaw for the community to discuss.

It is long past time for better governance organization in the Salish Sea. With so many overlapping governance jurisdictions without coordination the waters around us, and by extension our communities on land are vulnerable.

Throughout the Covid-19 shut down I organized weekly meetings with the Islands Trustees, CRD Directors and MP Elizabeth May to discuss and coordinate our response to the pandemic. There were many issues that needed alignment in our effort.

It became obvious that a great many issues would benefit from increased communication and coordination. As a result we began talking about creating a multi-jurisdictional table that meets regularly to strategize and move these initiatives forward.

The two issues I have outlined here are two that would immediately benefit from this approach. Through the summer I connected with Indigenous leaders to seek their blessing and participation, the Islands Trust moved forward with secretariat funding that we can apply for to help administer such a table and I committed staffing support from my office to get this organization formed.

We were on the precipice of launching this initiative before the snap election was called. I sincerely hope to be re-elected so I can continue this important work. I look forward to the opportunity to bring in a facilitator to help align the interests, develop a coordinated strategy and communications plan to finally move these issues forward.