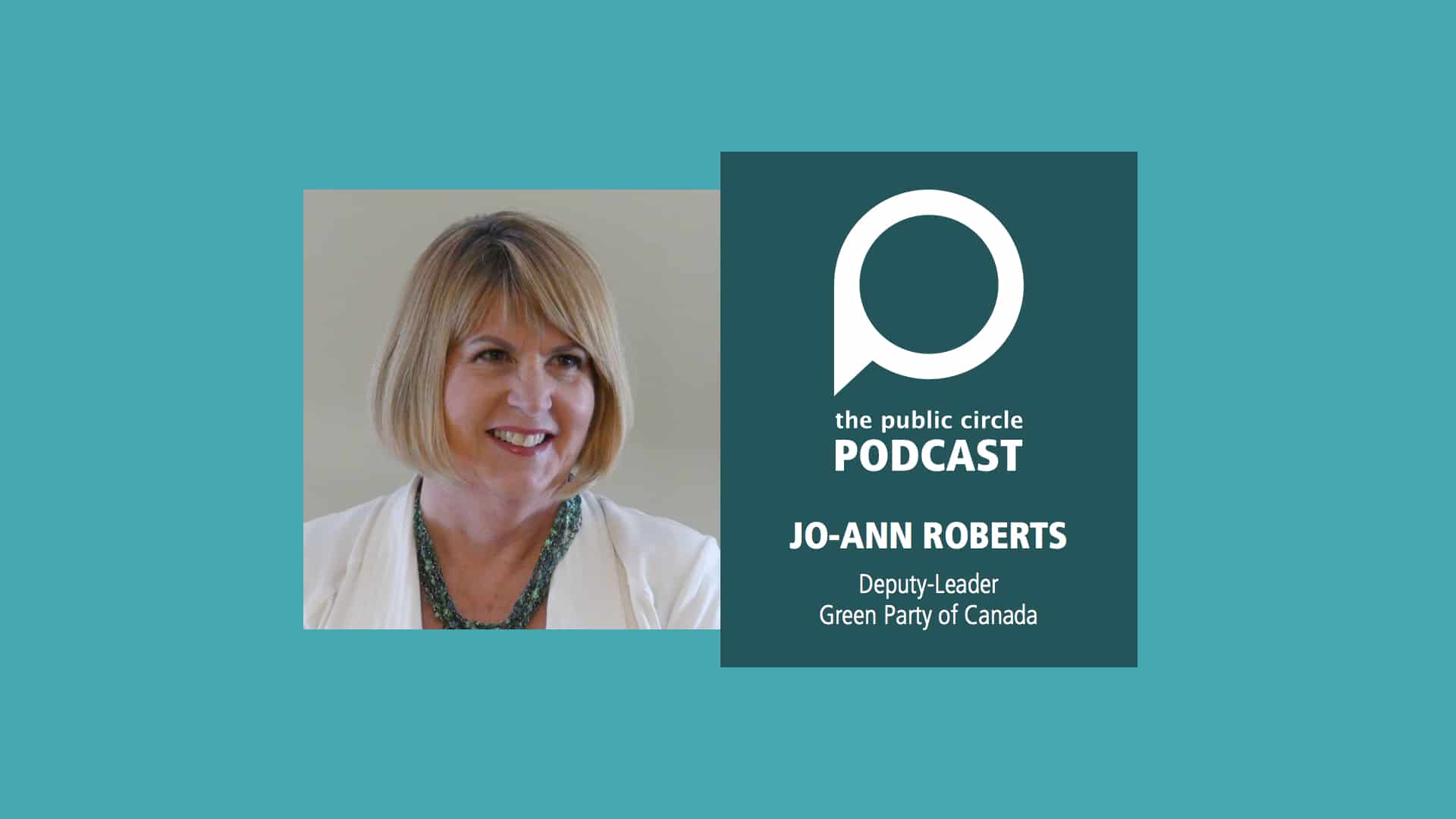 In the 17th episode of The Public Circle Podcast, I connect with the Deputy-Leader of the Green Party of Canada, Jo-Ann Roberts.

Jo-Ann was the former host of All Points West on CBC Radio which is broadcast across Vancouver Island and at one time across all of British Columbia except the Vancouver area. After retiring from her career in broadcasting, she joined the Green Party and ran in the Victoria riding in the 2015 federal election. She lost to NDP incumbent MP Murray Rankin.

Discouraged by the outcome of the election Jo-Ann didn’t feel as if she was going to pursue politics further. So she and her husband decided to move back to Atlantic Canada to be closer to her family. She originally followed the work from Nova Scotia to the west coast. With her mother, siblings and two of her children still in Nova Scotia it seemed like a good time to make the move.

However, a Deputy-Leader role came open with the Green Party of Canada and Elizabeth May approached Jo-Ann to see if she was interested. She accepted the role and in 2019 she is running again, this time in Halifax.

Jo-Ann has worked alongside her provincial colleagues to nurture the tremendous growth of the Green Party in Atlantic Canada over the past few years. The success of the Prince Edward Island Green Party provincially has been remarkable. In the Spring 2019 election, 8 Green members were elected and they are the first party other than the Conservatives or Liberals to be the Official Opposition in the first minority government in the history of the province. Add to this the 3 Greens in the New Brunswick Legislature and it’s the highest concentration of Green representatives anywhere in Canada. As we approach the 2019 federal election, the Green Party is emerging on both coasts.

In this episode Jo-Ann and I chat about her experience running as a rookie candidate in 2015, what she learned and how that will help her be an even more effective candidate in the 2019 campaign. We cover a lot of ground in this episode. I hope you enjoy my conversation with Jo-Anne Roberts.

← Stay in the lane! Integrated systems →