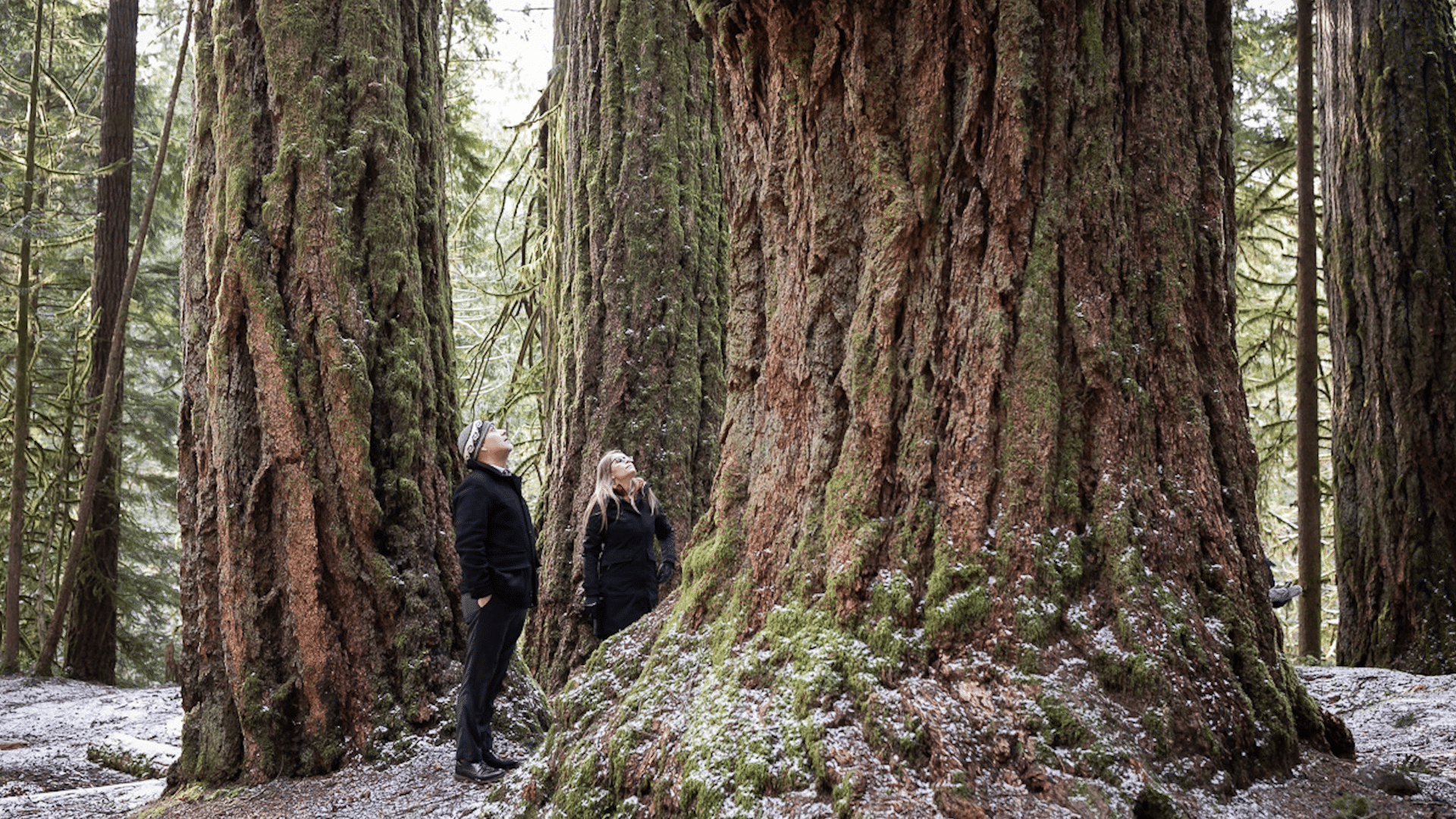 There have been a lot of words about old-growth thrown around from the Minister of Forests recently. The sense I am getting from the flow of correspondence coming to me is that people are not buying the story he is trying to pitch.

Here he is quoted from Hansard in response to me in Question Period.

“We’re blessed with amazing forests in this province. There are a variety of perspectives on old-growth management. Our government is committed to protecting the important biodiversity of old-growth forests. We also recognize the value of old-growth forests as they sustain wildlife, an important part of B.C.’s natural heritage. We’re also committed to ensuring the continued vibrancy and an innovative forest sector. Over 24,000 people are employed in the coastal forest sector.”

There is no other issue that captures the attention of British Columbians as big trees or forests. Salmon is close but there is no parallel to the quantity of advocacy flooding into my office about old-growth clear-cuts, log exports and the impact of forest policy on habitat and wildlife management.

Forestry issues have long been an inspiration for unrest in our province. In 1993, BC NDP forestry policy resulted in the “War in the Woods” with the mass arrests of British Columbians at Clayquot Sound still burned into our psyche. A decade earlier, the B.C. Green Party was born. As I have heard it, it started in a pub by a group of people who had a forestry policy up for debate at the B.C. NDP convention. The policy was quietly pushed down the list before eventually being shuffled right off the agenda.

As the decades slip into our memory we continue carving away at our mountainsides. The trees are getting smaller and the forest companies are consolidating, laying off tens of thousands of people through mechanization and mill closures. Over this time poor forestry practices have intensified wildfire seasons, increased vulnerability to pest outbreaks, and degraded watersheds. We are managing old-growth forests to zero.

Yet the Minister of Forests continues to try and walk the balance beam. We cannot preserve biodiversity by cutting old-growth forests. The obvious contradictions in his statements are deeply troubling. Something has to give because we cannot continue to speak out of both sides of our mouth. We either choose to sacrifice biodiversity or the old-growth logging industry. 79% of productive old-growth on Vancouver Island is already gone, and 90% of the high productivity old-growth in valley bottoms has been cut. Only 8% of old-growth trees have protection and we are dangerously close to having nothing left.

At some point the government needs to stop repeating the rhetoric of the 1990’s and begin to transition the economy of communities dependant on the forest industry. An honest approach will recognize that the future of the forest industry is in tourism, selective logging and value-added industries. Old-growth trees are far more valuable in the ground than out. Their ecological and cultural value and significance far outweigh their value in lumber.

People from throughout rural British Columbia have been raising their concerns about poor habitat and ecosystem management. Resource dependant communities are vulnerable as the Minister of Forest continues the short-sighted approach of the past. Pretending like we can protect old-growth and biodiversity by clear-cutting ancient forests is a disservice to British Columbians who know better and they are demanding better. They have real concerns about species-at-risk and global-warming. They know the party is coming to an end and they want real leadership with a vision to transition us from the province we were to the province we are going to be.

Constituents, First Nations, environmental and business groups, scientists and citizens are demanding we protect our last remaining stands of old-growth. In the face of these calls the Minister of Forests stubbornly refuses to stop logging old-growth. On one hand he claims to be developing a management plan and yet B.C. Timber Sales continues to auction hotspots on Vancouver Island and beyond.

Calling for a moratorium on logging old-growth

This is why the B.C. Green Caucus is calling on government to immediately stop logging the last intact, high productivity old-growth on Vancouver Island.

We want the provincial government to invest in mill retrofits so that the coastal logging industry is able to process second-growth and value added products. Further we demand the Province immediately begins the process of nation-to-nation consultation with First Nations regarding old-growth protection, announce a transparent engagement process for impacted communities and focus on transitioning to a sustainable-second growth industry. We urgently need a plan that is based on meaningful First Nations consultation and integrated science-based best-practices.

Old-growth is an endangered, non-renewable resource. Either we act now or we will run out completely. Forestry continues to be a flashpoint in British Columbia. More than 20,000 people have emailed my office demanding we act and we cannot delay any longer.

← Calling for a moratorium on logging old-growth Whose territory? The changing culture of territorial acknowledgements →