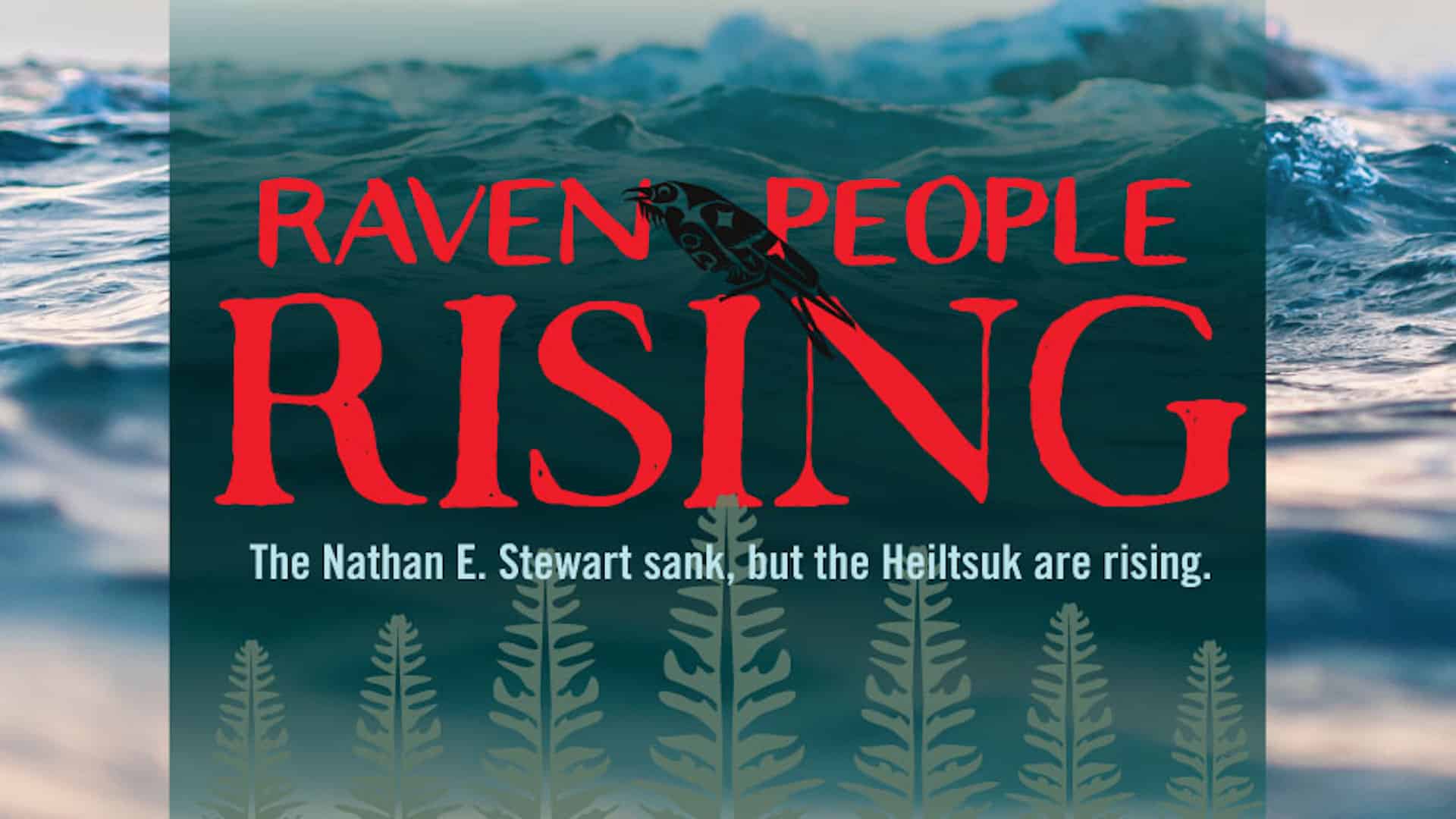 For her birthday this year my wife Emily is hosting a film screening about a place that is very important to her. It’s the home territory of our nephew, the Heiltsuk territory on the central coast of British Columbia.

Raven People Rising is a documentary film about the Nathan E. Stewart, an articulated tug that ran aground on October 13, 2016 in the Seaforth Channel. 110,000 litres of diesel, heavy oils and lubricants were spilled. It was a disaster for the ocean, beaches and every species that calls Gale Pass home. It devastated the Heiltsuk people.

For more than a decade the debate has raged in British Columbia about increasing transports of petroleum products on our coast. Recently, the focus is clearly on the Trans Mountain pipeline, and the Enbridge project before it, but just three years ago we had a first hand look at the so-called “world-class” spill response on the west coast. It’s far from world class.

The Heiltsuk want the Kirby Corporation to be held accountable for the spill. They are raising money for a court challenge in an effort to ensure people and corporations responsible for a spill are accountable to existing Canadian law as well as the law of the Indigenous territory where a spill occurs.

I hope you will consider celebrating Emily’s birthday with her. Join her for a screening of the film, presentations by RAVEN and a discussion.

Visit the RAVEN Trust website for more information about the film and their work on behalf of Indigenous communities.

← Grab a paddle and pull with us! It's a good tide now. We better get going. →