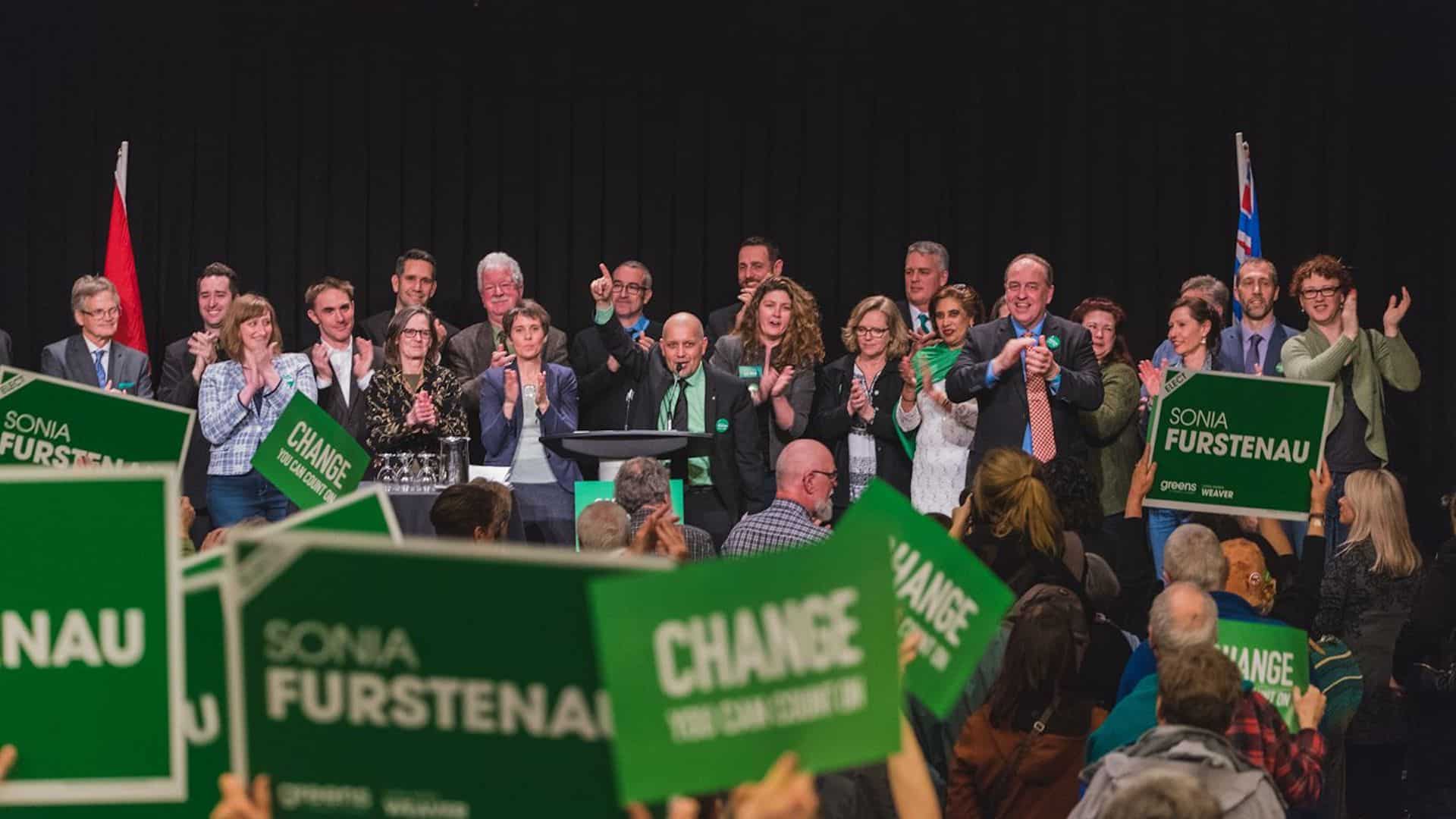 Following my public endorsement of Elizabeth May in the run up to her election as Member of Parliament in Saanich-Gulf Islands in 2011, one of my local government colleagues said to me “Adam. You are a good politician. It’s a shame to see you throw away so much of your political capital on somebody that cannot win!”

I was an elected Councillor in the District of Central Saanich at the time. The Greens had a tarnish as a one issue party with little credibility on the wide array of other important issues we need to deal with. In our first-past-the-post system, it is incredibly difficult for political parties outside the House to break in. To be clear, in those early days I endorsed the person not the party.

Well, Elizabeth won that election. She won again in 2015, and her 2019 campaign is just ramping up. A lot has changed since that first election success. It was the first time a Green candidate won a seat in a first-past-the-post vote anywhere in North America. It’s not surprising that it happened here in Saanich-Gulf Islands. As the people who have lived in this place for countless generations know, W̱SÁNEĆ means “emerging” in SENĆOŦEN. The land is emerging and the people are emerging.

The breakthrough in Saanich has had a cascading effect across Canada.

It continued in British Columbia in 2013 when BC Green Party Leader Andrew Weaver was elected as the first Green Member of a Legislative Assembly in the country. The BC Greens almost earned two seats in that election as his breakthrough in Oak Bay-Gordon Head was nearly matched (379 votes short) by my campaign in Saanich North and the Islands.

Greens are building on success

David Coon was the first Green elected outside British Columbia in the 2014 New Brunswick elections. Prince Edward Island Green leader Peter Bevan-Baker followed shortly thereafter in 2015. In the 2017 B.C. election, I was part of the first Green caucus, along with my two colleagues Andrew Weaver and Sonia Furstenau. And, Hannah Bell joined Peter Bevan-Baker in the P.E.I. Legislative Assembly. New Brunswick’s Green contingent then grew in 2018, as Megan Mitton and David Arseneau joined David Coon. That same year, Ontario got into the mix. That was when Mike Schreiner was the first elected Green in that province, in his Guelph riding. That brings us to 2019 and back out east to P.E.I. where the Peter Bevan-Baker became the first Green Leader of the Official Opposition as he and seven of his colleagues were successful in their latest general election. Finally, we get back to the federal Greens and Paul Manly’s outstanding by-election victory in Nanaimo.

As I highlight the federal and provincial advances of Green candidates, it’s important to also note the number of branded Greens elected to local governments. I’m never going to get them all in this post but Adrianne Carr’s election to Vancouver city council in 2011 was the beginning of their growth. There are now nine Greens elected to Vancouver’s council, park board and school board. Joe Keithley of the Burnaby Greens also won in the last local government elections and is one of many Greens at Council tables across the province.

“Good enough” is not good enough

Over the past eight years, there has been a consistent and organic growth of the Greens across the country. Where we have been successful, it expands. One of the biggest challenges for Greens is a notion that competing parties promote. They say Greens can’t win and so you shouldn’t “waste your vote.” Well, that narrative does not work anymore. Greens are in ascendancy and no longer do voters have to feel they have to vote for another candidate who is “good enough” instead of a Green candidate they like. Why? Because once we take our seat, we’ve proven to be effective elected officials and we take our role as a representative seriously.

It’s been an interesting run. Greens have proven to be capable on a variety of social and economic issues. However, our changing world needs us now more than ever to be strong on the environmental foundation the party was built on. We’ve been talking about global warming for three decades and the world is now facing this incredible challenge. We can ill-afford empty campaign promises from politicians scrambling to satisfy the ballot box question. We need courageous leadership and bold action. So, who can deliver that? Look to see who is emerging.